SEOUL, Oct. 13 (Yonhap) -- South Korea's chief nuclear envoy said Wednesday that Russia has an "important" role to play to restart denuclearization talks with North Korea, as he departed the country to meet with his Russian counterpart.

Noh Kyu-duk, the special representative for Korean Peninsula peace and security affairs, made the remarks at Incheon International Airport before leaving for Moscow to meet with Russian Deputy Foreign Minister Igor Morgulov on Thursday.

"The peace process on the Korean Peninsula is currently at a stop," said Noh, when asked by reporters about the agenda of his meeting in Russia. "The dialogue process needs to restart quickly, and Russia's role is important."

"Russia is a country that well understands North Korea's position," he said. "In order to improve inter-Korean relations and restart talks between the United States and North Korea, (we will) request Russia to continue its role as it has done so in a constructive way so far."

Among other issues to be discussed are, Noh added, recent efforts made regarding North Korea, as well as the proposed end-of-war declaration, referring to South Korean President Moon Jae-in's proposal of declaring a formal end to the 1950-53 Korean War.

Noh's meeting with Morgulov will be their first in-person meeting since the Russian official visited Seoul in August.

At that time, the Russian official traveled here, along with the U.S. special representative for North Korea, Sung Kim, for discussions on ways to bring Pyongyang back to the denuclearization talks. 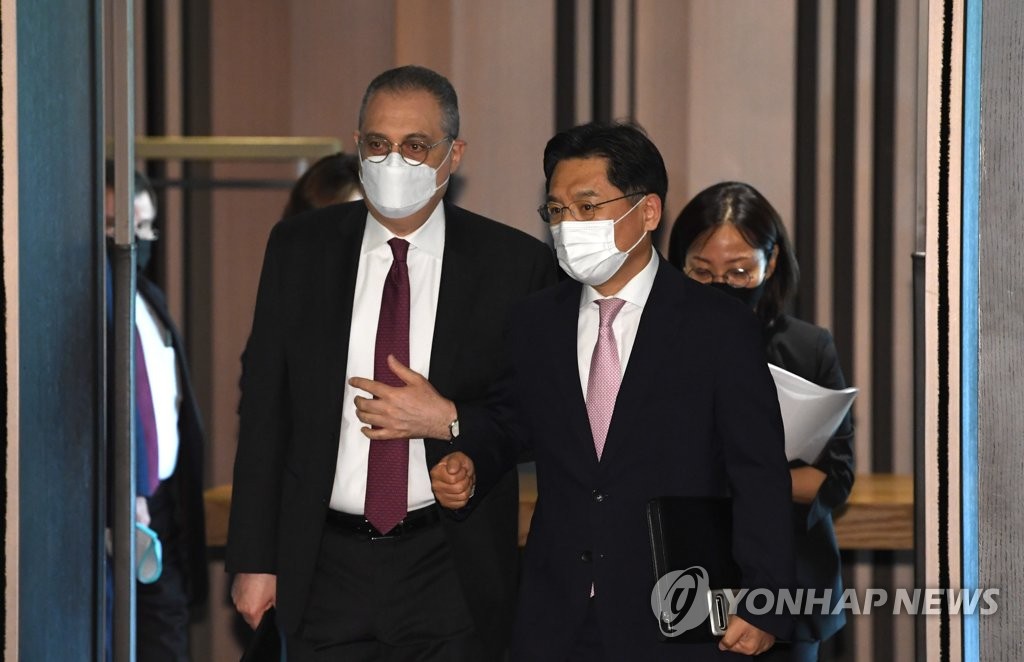