SEOUL, Oct. 13 (Yonhap) -- South Korea's chief trade delegate said Wednesday that Seoul will play an active role in building a multilateral trade system in line with the World Trade Organization's initiative as it continues to abide by international trade norms.

Kim Jeong-il, who led a 16-member South Korean delegation, made the pledges at the eighth Trade Policy Review (TPR) session of the WTO on South Korea, which began in Switzerland on Wednesday for a three-day run, according to the Ministry of Trade, Industry and Energy.

The remarks by the deputy minister for international trade and legal affairs at the ministry came as WTO member nations questioned South Korea's sanitary and phytosanitary measures on agricultural and food products and intellectual property rights policies, among other things.

The TPR, one of the key monitoring mechanisms of the WTO, is held on a regular basis to review a member nation's domestic trade policies and commitments. The last TPR session on South Korea was held in 2016.

On the sidelines of the session, Kim plans to hold a bilateral meeting with WTO Deputy Director-General Jean-Marie Paugam to discuss such pending issues as climate change and the COVID-19 pandemic, according to the ministry. 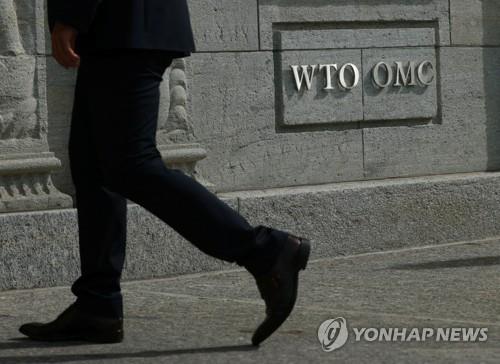