SEOUL, Oct. 13 (Yonhap) -- A T-shirt with a printed portrait of North Korean leader Kim Jong-un was spotted during a public event in Pyongyang for the first time, state media showed, amid the reclusive regime's push to rev up an image of being a "normal state."

According to footage released by the North's official Korean Central TV Broadcasting Station on Tuesday, an orchestra conductor was clad in the white T-shirt with Kim's face printed in black and white on the front at a defense expo the previous day.

North Koreans are hardly seen wearing such clothes, which could get dirty, as the Kim family is deified as sacred figures in the North with their portraits treated as a subject of worship.

In 2019, the North's main newspaper, the Rodong Sinmun, ran a story praising a ship engineer for his "heroic act" of saving the portraits of Kim and the country's two late leaders from a sinking vessel.

The appearance of the Kim T-shirt comes as North Korea tries to present itself as a "normal state" to the international community amid a deadlock in nuclear negotiations with the United States.

The rare exhibition was held to mark the 76th founding anniversary of the ruling Workers' Party, during which the North showcased a series of new weapons, including a "hypersonic" missile and the Hwasong-16 intercontinental ballistic missile (ICBM).

At the expo, Kim delivered a speech and ordered the country's military capabilities to be beefed up, calling it their "first and foremost task." 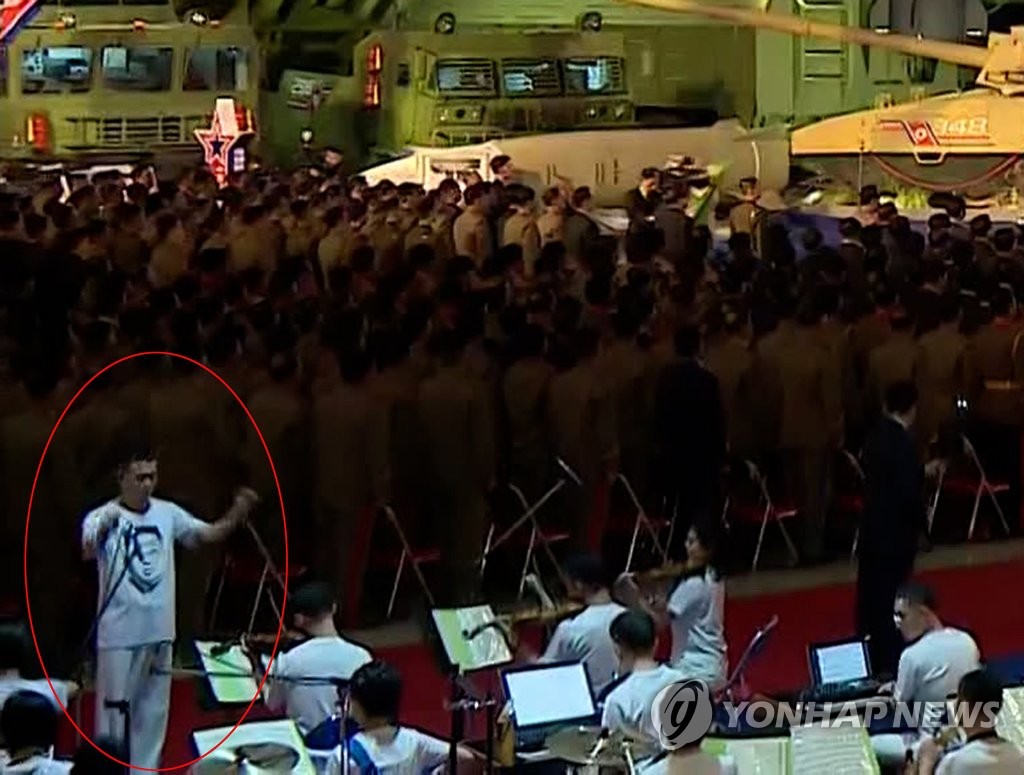 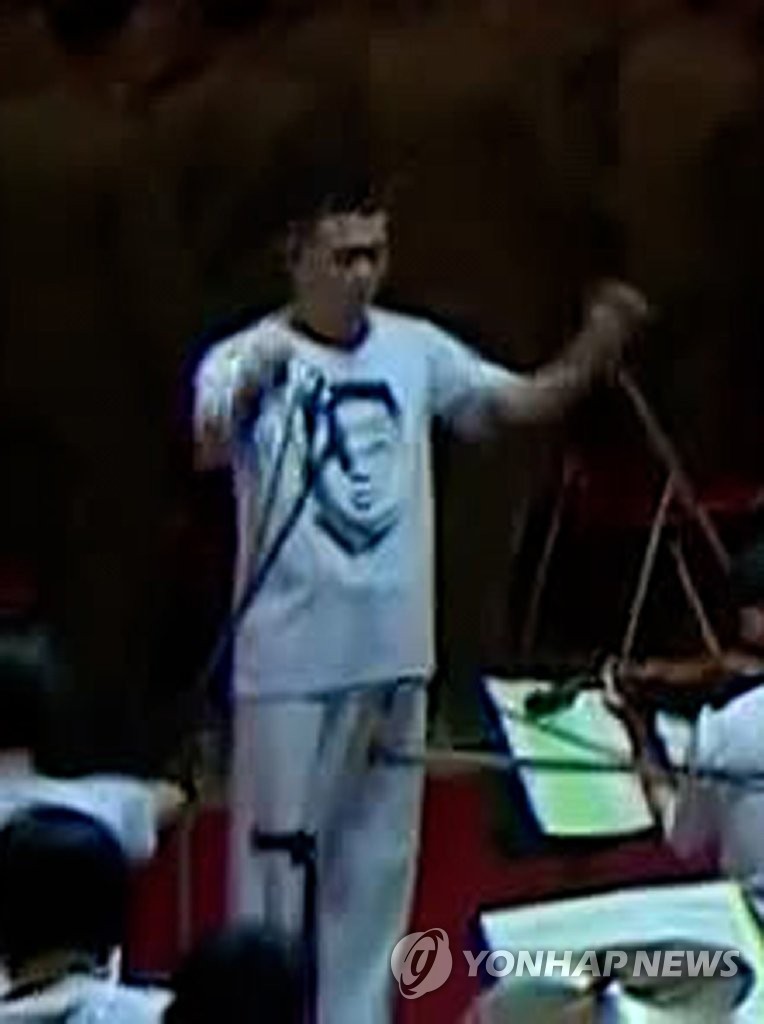