Finance Minister Hong Nam-ki made the remarks during his meeting with Kristalina Georgieva, managing director of the International Monetary Fund, in Washington, D.C. on Tuesday on the sidelines of the G-20 finance ministers and central bank governors meeting.

Hong said South Korea's central bank is gradually adjusting its accommodative monetary policy, while the government is pushing to implement expansionary fiscal policy next year, according to the finance ministry.

The IMF chief said the global economy is continuing its recovery momentum this year, but economic uncertainty remains high and uneven recovery across nations may deepen.

South Korea proposed a record high budget of 604.4 trillion won (US$506.2 billion) for next year as it seeks to cement the economic recovery and narrow social gaps caused by the COVID-19 pandemic.

On Tuesday, the Bank of Korea froze the policy rate at 0.75 percent to assess the impact of its rate hike in August on the economy amid rising inflation and the snowballing household debt.

BOK Gov. Lee Ju-yeol hinted at an additional rate hike in November, saying that Asia's fourth-largest economy has extended its recovery momentum despite the fourth wave of the pandemic.

The IMF maintained its 2021 growth forecast for the South Korean economy at 4.3 percent Tuesday despite its downward revision of growth estimates for advanced nations. 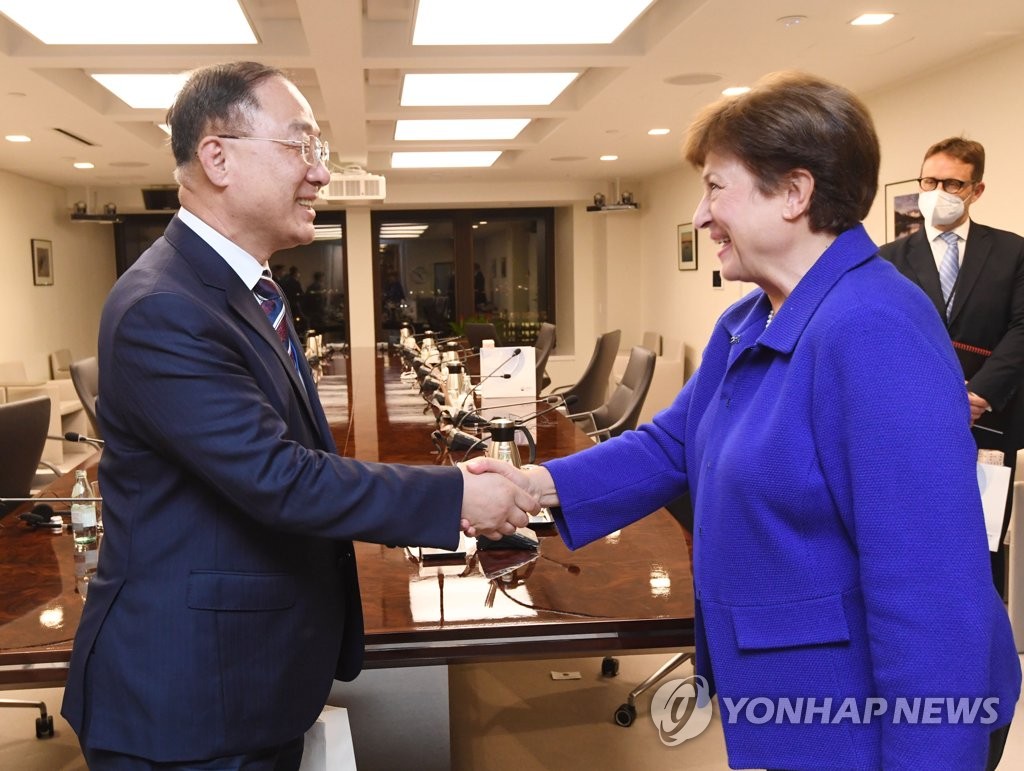