SEOUL, Oct. 13 (Yonhap) -- There is never a good time to blow saves in baseball, but when those things happen in the final days of the regular season, especially for a team trying to win the pennant, such missed opportunities can sting particularly hard.

The LG Twins find themselves in that exact position. Entering Wednesday's action, the Twins were in third place in the Korea Baseball Organization (KBO), three games back of the KT Wiz. But the Twins also have three games in hand on the Wiz and will have 17 games left after Wednesday.

But their hard-throwing closer, Go Woo-suk, hasn't been cooperating. 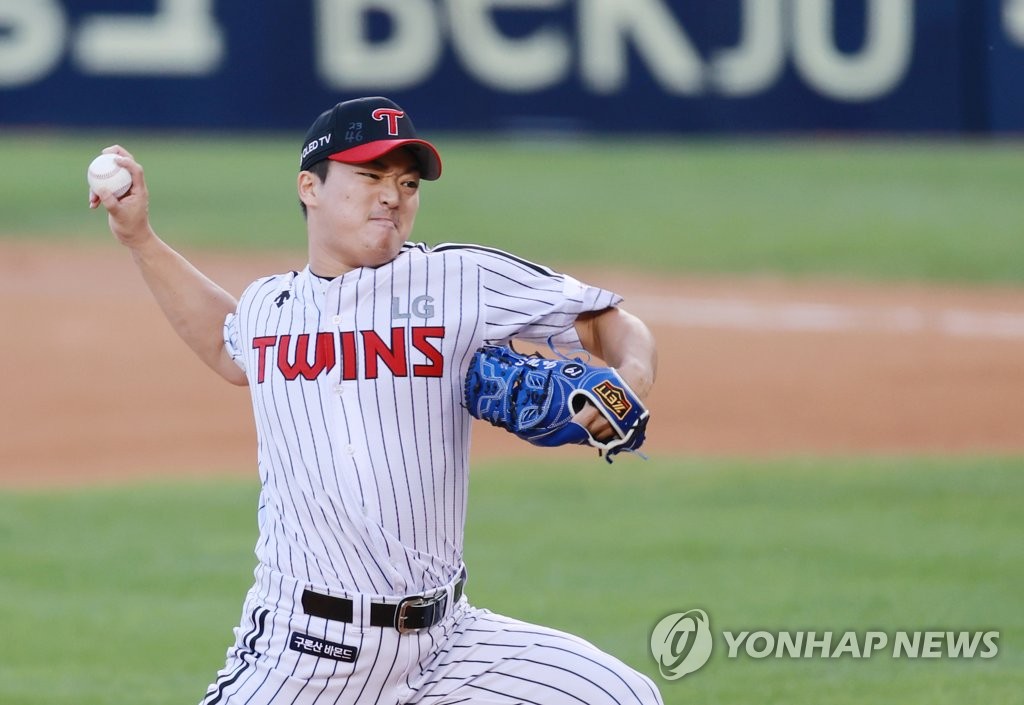 Go failed to protect a 4-3 lead over the SSG Landers on Tuesday night. Go walked Choi Jeong to lead off the bottom of the ninth. A groundout and a single put two men on with one out, and Park Seong-han knocked in the tying run with a single. Go at least preserved a tie by getting Ko Myeong-jun to bounce into a double play.

It was Go's second blown save of October and sixth for the season, which puts the 23-year-old in a tie for third most in the KBO.

Go didn't have the command of his signature fastball. He's throwing his four-seamers harder than ever -- statistics website Statiz says Go is averaging 153.2 kph (95.2 mph) with the fastball, the highest velocity in the KBO -- but there are games when Go himself doesn't know where the pitch is going.

In Tuesday's game, Go's second-pitch fastball to Choi went up and in on the right-handed batter. The ball went off the mitt of the catcher and rolled to the backstop. His last three pitches of the at-bat were all balls.

Tellingly, Go didn't throw one fastball against Ko, offering him one slider, three straight cutters and then a curve. 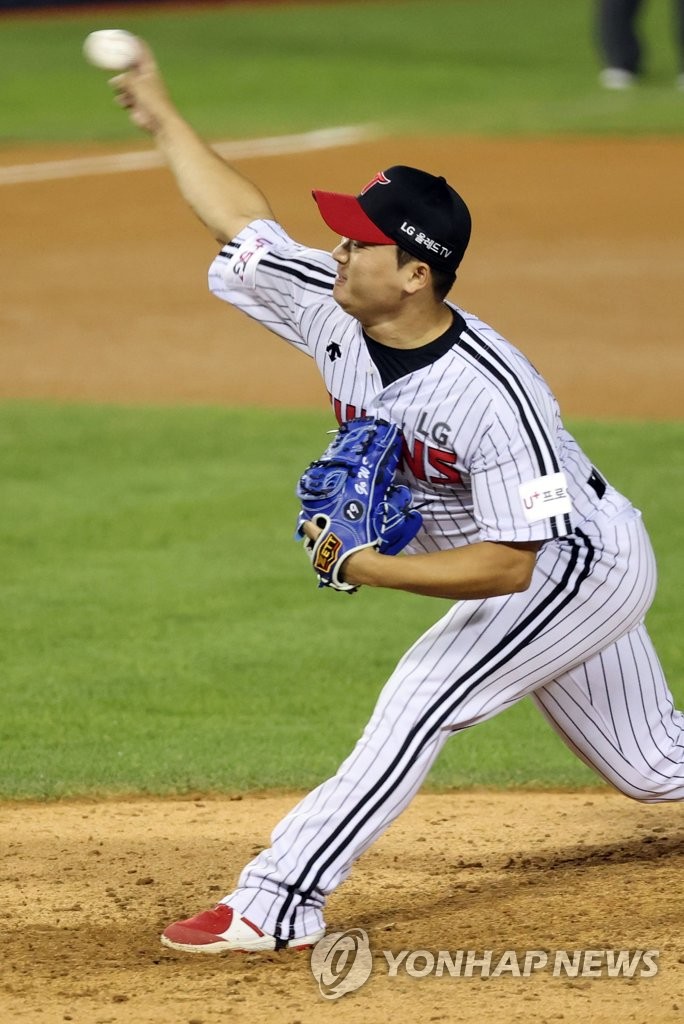 First baseman Lee Sang-ho fielded a bounced throw and held on to the ball despite colliding with Ko to complete the game-ending double play. Otherwise, the Landers would have scored the winning run.

On the other hand, Go doesn't have one "tough save," which occurs when a pitcher picks up a save with a tying run on base. It isn't an official stat but is an indication of how well relievers can work out of jams, even after they put themselves into trouble in the first place.

This is Go's third season as the Twins' closer. Other than piling up relatively stress-free saves -- and saves aren't viewed in the same exalted light as in the past -- Go hasn't done enough to convince skeptics that he has the mettle to take the Twins to the promised land.

And Go's eighth-inning meltdown against Japan in the semifinals of the Tokyo Olympics also has given his doubters ammunition. 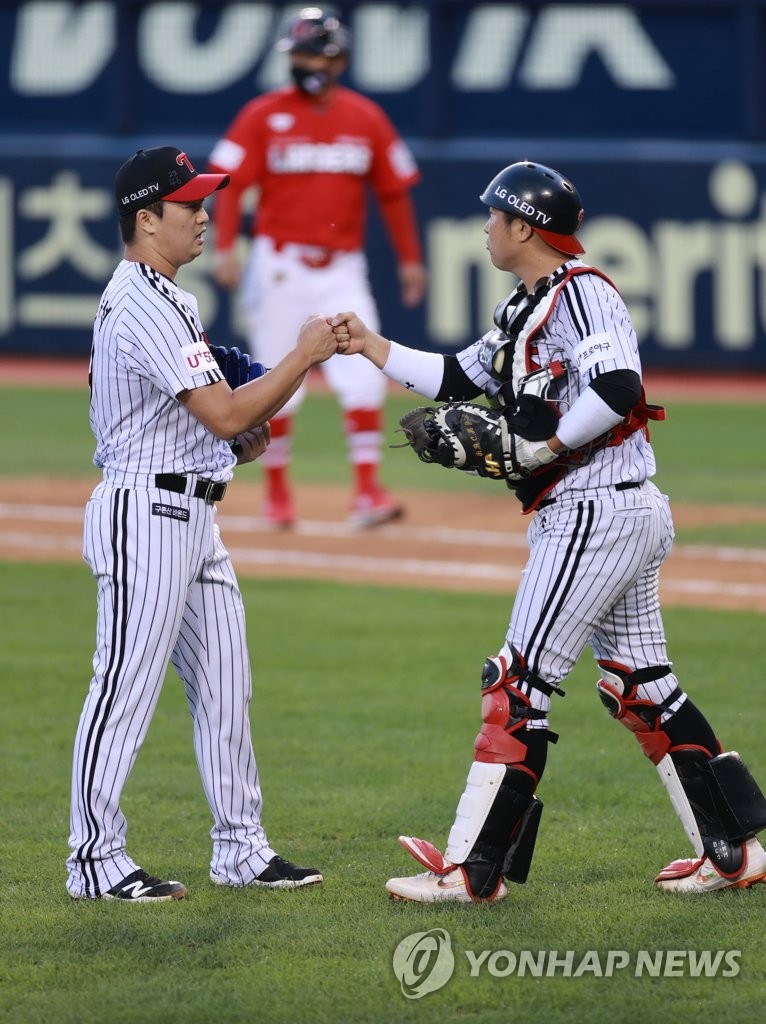