There were 13,860 breakthrough cases out of more than 22.1 million people who have received the full-dose vaccine regimen, the Korea Disease Control and Prevention Agency (KDCA) said. 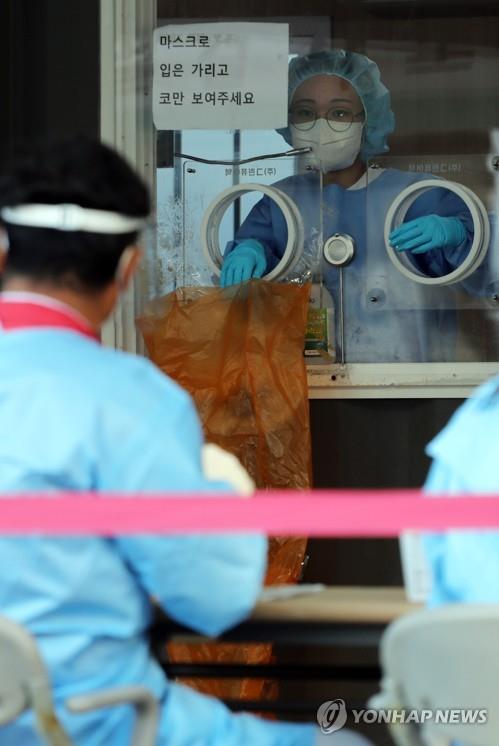 Since the country's nationwide inoculation campaign began in late February, 40.1 million people, or 78.1 percent of the population, have received their first shots of COVID-19 vaccines, and the number of fully vaccinated people stood at 31.2 million, or 60.8 percent.

The rate of breakthrough cases occurring in people in their 30s was the highest at 0.129 percent, with the rate decreasing among the elderly, the KDCA said.

The rate of breakthrough cases among those who have received jabs supplied by U.S. pharmaceutical giant Johnson & Johnson came to 0.216 percent, trailed by AstraZeneca with 0.068 percent, Pfizer Inc. with 0.043 percent and Moderna with 0.005 percent.

The KDCA said similar cases may increase as the country's vaccine rollout revs up, though the proportion of breakthrough cases is extremely low.

Breakthrough cases near 14,000, most frequent among those in 30s

Breakthrough cases near 14,000, most frequent among those in 30s