SEOUL, Oct. 15 (Yonhap) -- Beer has long been a key ingredient of mixed drinks in South Korea, but changing appetites and the extended coronavirus pandemic have turned consumers toward diverse and unique flavors of craft beer.

Craft beer sales are on the rise, as a growing number of people work from home due to social distancing, and those people increasingly prefer more diverse and tasty beers to existing mass-marketed lagers and ales.

"Before the pandemic, I used to go to bars to have beer with my clients or friends after work. I recently found craft beer tasty and came to enjoy a diverse range of craft beer at my place," Uni Park, a 32-year-old exhibition planner in Seoul, said. 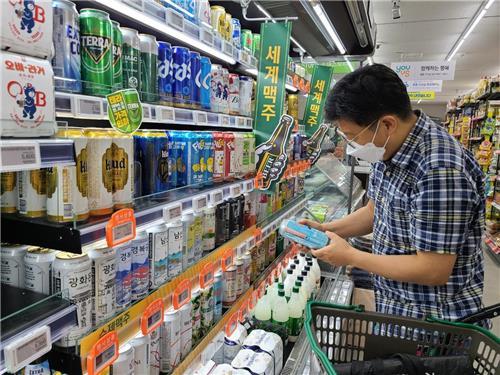 During the past 1 1/2 years, some young people aged between 24-35 years have created a culture of enjoying craft beer purchased at convenience stores while watching Netflix movies and series at their homes, Kim Jin-man, a general manager at the Korea Craft Brewers Association (KCBA), said.

"Imported beer brands became popular in 2015 and 2016, as they provided ale and other diverse beer products. But in recent years, people preferred freshly brewed and even diverse local craft beer to imported beer, which underwent the brewing process sometime before shipment," he said over the phone.

On top of changing demands and the prolonged pandemic, a revision in the liquor tax system also helped boost sales of craft beer in the domestic market.

Craft breweries' share of the country's 5 trillion-won (US$4.2 billion) beer market rose to more than 2 percent in 2020 from less than 1 percent a year earlier, the KCBA said.

Last year, South Korea implemented the revised tax system on beer for the first time in half a century in a move to address tax imbalances between imported and domestic beer.

The change -- the first since 1968 -- calls for a tax system based on volume rather than an ad valorem tax, a charge levied on prices of beer.

Any beer -- regardless of production costs or retail prices -- is subject to an 830.3 won (72 cents) per liter liquor tax under the new tax system.

The previous ad valorem tax allowed imported beer brands to pay lower taxes than their Korean competitors, an imbalance that has led to an increased share of imported beers in Korea in recent years.

In South Korea, Jeju Beer Co. is the leading player in the craft beer market. There were 159 craft brewing business registrations as of August, and 50 of them were registered as KCBA members.

Jeju Beer, whose brands launched in 2017, has introduced three major ales in the domestic market and recently began to export them to European markets, such as Germany, Britain and France.

Jeju Beer's entry into the Korean outlets of U.S. retailer Costco Wholesale in June will also help its sales for the year, he said, adding Jeju Beer products will be also be available at Costco's British outlets within this year.

Still, the country's 118 billion-won (US$99 million) craft beer market pales in comparison with the $22 billion U.S. market in terms of size and number of participating companies.

Craft beer makers account for 25 percent of the U.S. beer market, while the proportion stands at less than 3 percent in South Korea.

Daishin Securities Co. forecast craft brewers will account for 9 percent of the local beer market in 2023, up from the current 2.4 percent. Mass-marketed lager firms' share is projected to fall to 74 percent from 82 percent, and imported beer brands' share is forecast to rise to 17 percent from 15 percent during the same period.

"Local craft beer makers need to take a similar path by making investments in automation to achieve the economies of scale and compete with import rivals," the Jeju Beer CEO said. 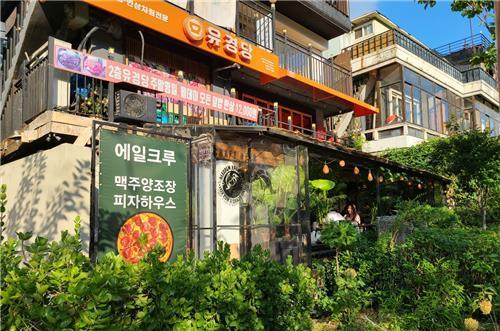 During past decades, their focus was on selling lager, as demands for the mass-produced beer were strong enough to prop up their bottom lines.

In Korea, beer has been a key ingredient of "poktanju," mixed drinks with such liquors as whiskey and soju, a traditional Korean liquor.

Poktanju -- which is usually made by dropping a shot glass full of whiskey or soju into a glass of beer -- is often served during office celebrations and parties in South Korea, where after-work drinking as a means to strengthen camaraderie among co-workers has long been a part of business culture.

But growing interest in health and wellness, as well as changing demands has weighed on sales of lager products. Moreover, people have raised questions about the taste of lager.

Critics and foreigners once claimed North Korea's Taedonggang beer, named after a river that runs through the North Korean capital Pyongyang, is infinitely superior to the mass-marketed beers in the South.

Taedonggang beer, available in Seoul until 2007, is a full-bodied lager that is a little on the sweet side, with a slightly bitter aftertaste.

Faced with the growing popularity of craft beer, the three major lager companies are expected to step up their efforts to diversify their lineups.

Hite has no immediate plans for business partnerships and investments to expand its craft beer business, but it imports products of the British craft ale firm BrewDog for local sales.

"Craft beer appears to be making a presence, with 'diversity' having emerged as a key word among consumers," an OB official said. "We are planning to introduce a series of craft beer products through business partnerships in the coming years." 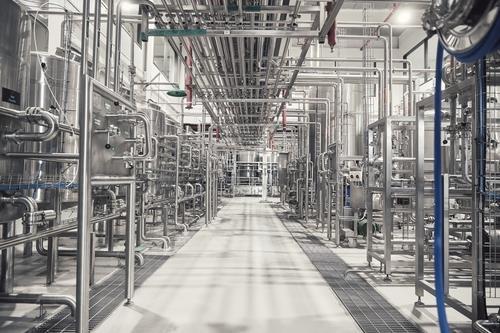