The world's first thermo-electric generator developed by Samsung Heavy Industries and LG Innotek is a device that produces electricity by being mounted on the surface of equipment generating heat, such as ship engines, the shipbuilder said.

The device will also be helpful in reducing fuel cost and carbon dioxide emissions of ships, Samsung Heavy said.

Samsung Heavy said it has signed a deal with Japanese shipping company NYK Line to apply the device to 174,000-cubic meter LNG carriers to be delivered in December. 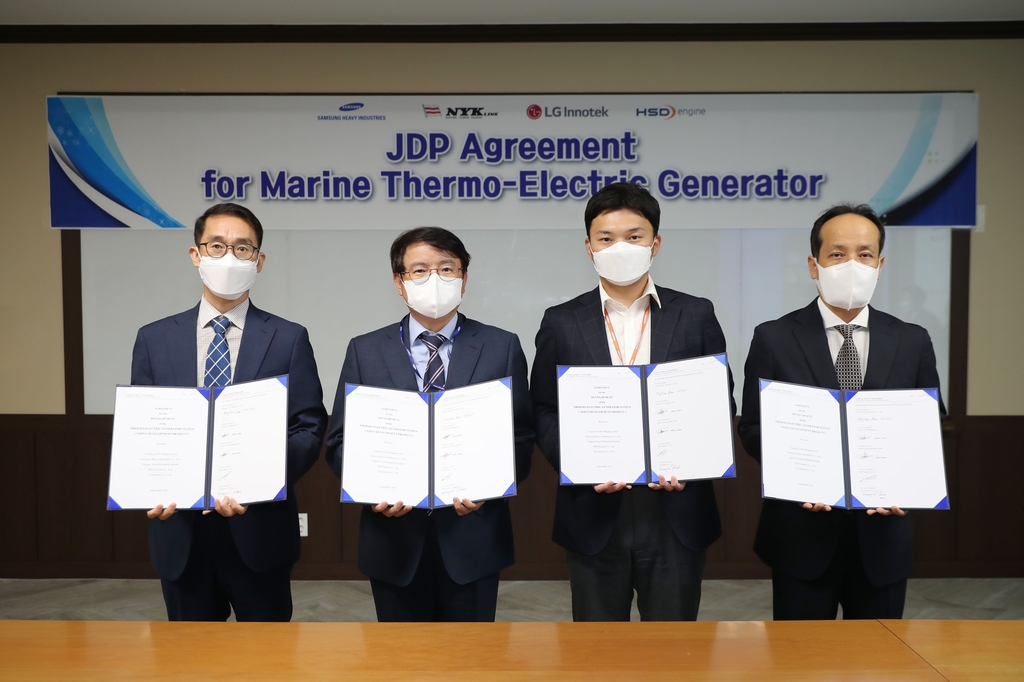