SEOUL, Oct. 13 (Yonhap) -- South Korean star screenwriter Kim Eun-hee said Wednesday that her longing for Mount Jiri in the southern part of the country motivated her to write the upcoming mystery TV series set on the mountain.

Starring star actors Jun Ji-hyun and Ju Ji-hoon, "Jirisan," which is the Korean name of Mount Jiri, is about forest rangers who experience mysterious incidents involving the visitors to the mountain.

It is one of the most anticipated TV series in 2021 for the collaboration of the star actors and Kim of the global hit zombie series "Kingdom" (2019) of Netflix and renowned director Lee Eung-bok of the fantasy "Guardian: The Lonely and Great God" (2016). 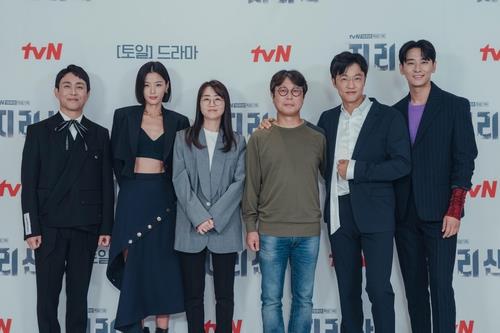 "Before writing the screenplay of this show, I'd never been to Mount Jiri. I just admired it," Kim said in an online press conference. "For me, Mount Jiri is not just a place for activities, but a place where people visit with some diverse feelings of life and death."

She said she thought its large size and long history from the ancient times harbored a lot of incidents, not only mountaineering accidents but also strange and mysterious stories.

So she picked forest rangers who work at Mount Jiri National Park as the main characters of her story, focusing on their responsibility to rescue climbers in the deep mountain valley, based on their topographical knowledge of Mount Jiri, which is known for its rugged mountain terrain.

"In my previous works, forensic scientists, detectives and other characters play roles after a person is killed," she said. "But here, forest rangers do their jobs before climbers die. They work to save lives." 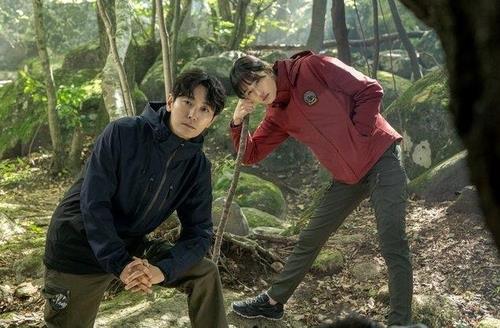 Actress Jun Ji-hyun, who plays an experienced ranger in the new series, said it did not take long for her to decide to team up with writer Kim again right after taking the title role in "Kingdom: Ashin of the North," a prequel of the "Kingdom" series released in July.

It is Jun's first TV project since the fantasy romance "Legend of the Blue Sea" in 2016.

"I know there are few actresses who can be chosen by writer Kim Eun-hee for two shows in a row. It's an honor," she said. "I'd never imagined to act as a forest ranger, who are not often seen in person. I'm pleased to show their work to Korean viewers."

"Jirisan" will premiere this Saturday on local cable channel tvN. 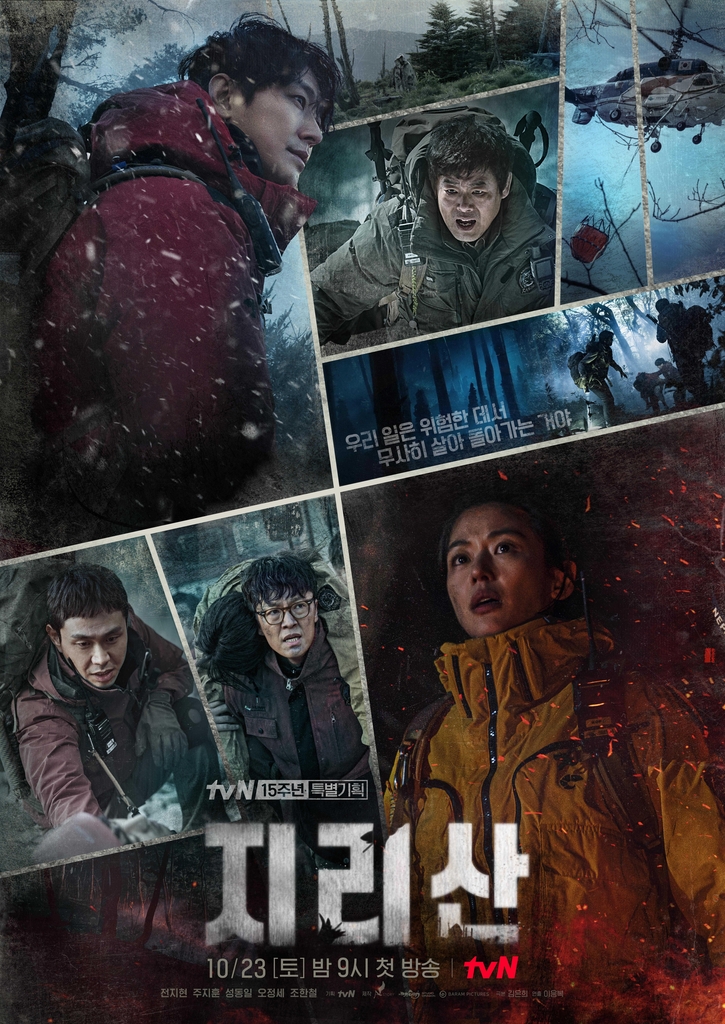