The ministry is scheduled to host its annual National Sports Awards ceremony Friday in Seoul. Shim had been selected the winner in the competition category, but a ministry official said the plan has been thrown out the window. 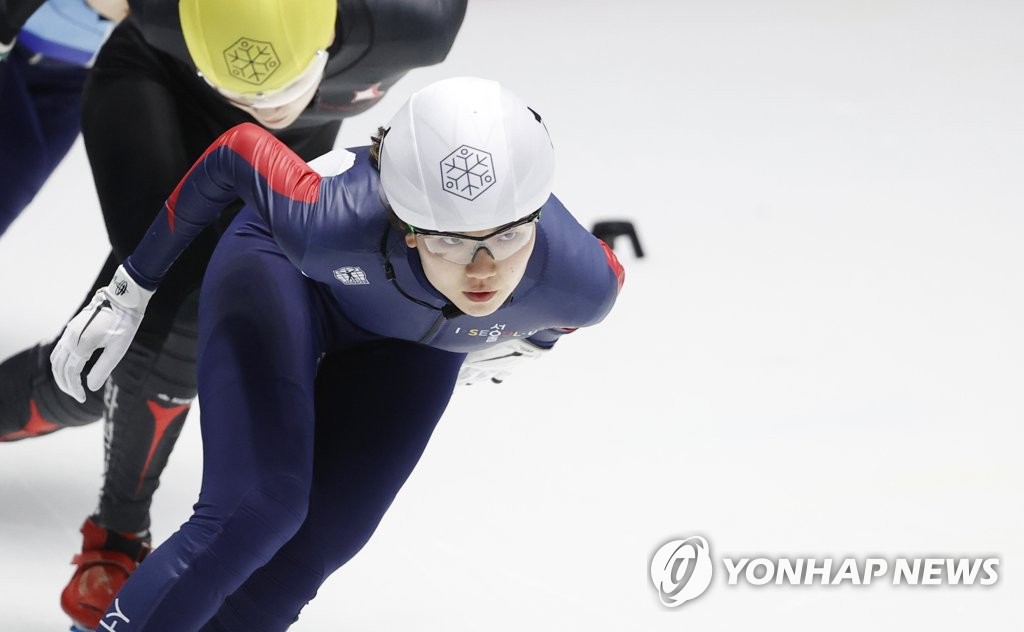 The Korea Skating Union (KSU) is currently looking into suspicions that Shim had intentionally collided with her teammate Choi Min-jeong out of spite during the women's 1,000m final at the 2018 PyeongChang Winter Olympics.

Those allegations surfaced last week when an online news outlet reported on a series of expletive-laden text exchanges between Shim and one of her coaches.

In their chat, Shim repeatedly mocked Choi and another teammate, Kim A-lang. Shim also boasted that she had openly cheered on Chinese skater Qu Chunyu to beat Choi in their 500m quarterfinals at PyeongChang 2018.

Kim fell after an exchange during the 3,000m relay final, but South Korea still won the gold medal. Shim told the coach that she was "embarrassed" to have won the gold with such an incompetent teammate.

In one exchange, the coach suggested Shim try to create "a female Steven Bradbury," and Shim agreed, "Yes. Let's do that."

Bradbury, an Australian skater, captured an improbable gold medal in the men's 1,000m at the 2002 Winter Olympics, when all of his opponents went down in a last corner pileup. It wasn't immediately clear whether Shim meant she would try to create a massive collision so that someone other than Choi would win the gold in the 1,000m or that she would seek to take Choi down when she had a chance. 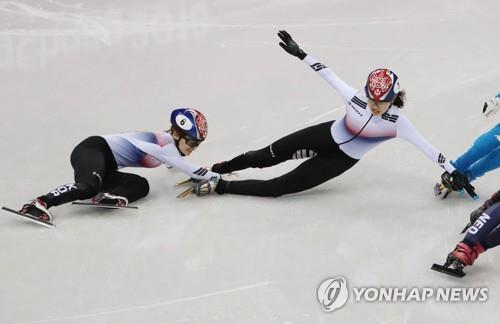 Shim and Choi got tangled up as Choi tried to make a pass on the outside in the last stretch of the 1,000m final, and both fell down and crashed into the wall. Shim was disqualified, and Choi ended up in fourth place.

With the collision originally seen as being unfortunate now being viewed in a much different light, Shim is faced with questions that she tripped up Choi on purpose.

The KSU and the Korean Sport & Olympic Committee (KSOC) have both said they're looking into the matter. Meanwhile, the KSU has dropped Shim from the national team ahead of the International Skating Union (ISU) Short Track Speed Skating World Cup season, which kicks off in Beijing on Oct. 21.

Countries will earn quota places for the 2022 Beijing Winter Olympics based on their performances at the four World Cup events through the end of November. 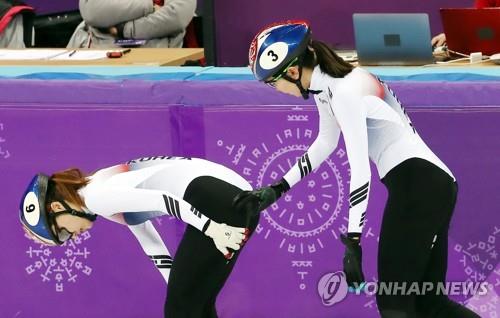 Cho has since been sentenced to 13 years in prison. Shim's text exchanges were included in an argument submitted by Cho's lawyer for the trial before they were leaked to media.

Shim has apologized for her words and action, and blamed Cho's assault before the PyeongChang Olympics on her erratic behavior. She claimed that she was dealing with symptoms of a concussion and was in an "extremely unstable" physical and mental state.

Choi, through her agency, demanded a thorough investigation by the KSOC and the KSU. She claimed that the repeated mentions of Bradbury's name between Shim and the coach should be plenty of evidence for Shim's intent to foil Choi's 1,000m race. 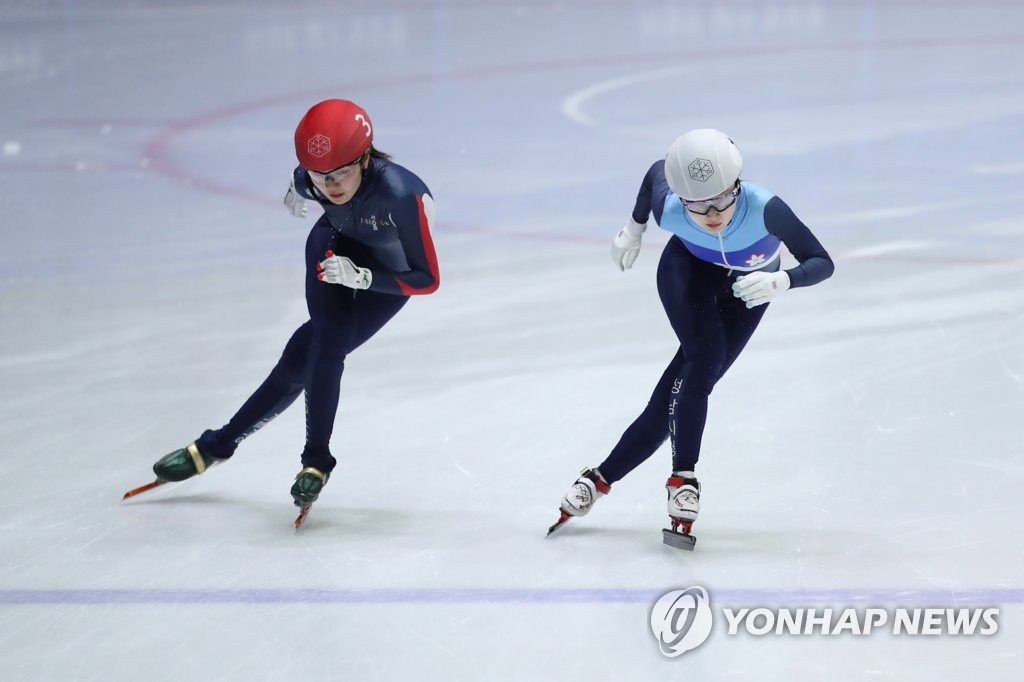