SEOUL, Oct. 14 (Yonhap) -- A Seoul court was to question a key suspect at the center of a snowballing regional development corruption scandal on Thursday to determine whether to issue an arrest warrant for him on bribery and other charges.

Kim also allegedly paid a 5 billion-won bribe to the son of Rep. Kwak Sang-do, in the name of severance pay, to curry favor with the lawmaker.

Kim has denied all allegations against him.

The scandal has reverberated widely not only because of the scale of profits that Hwacheon Daeyu and its seven affiliates amassed but also because of its possible impact on the presidential race as Yoo is considered a close aide to Gyeonggi Gov. Lee Jae-myung, the ruling Democratic Party's presidential nominee.

The main opposition party has accused Lee of masterminding the whole scheme and has called for an independent counsel investigation into the scandal while urging Lee to step down as presidential candidate.

Thursday's court questioning is expected to last until the evening. 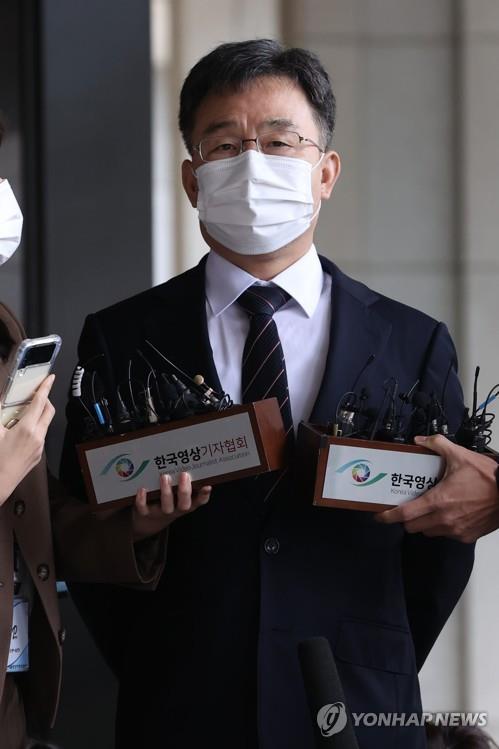