The official at the presidential office Cheong Wa Dae made the remarks after Japan's Kyodo News reported that, citing government sources, arrangements are under way for the two leaders to hold phone talks as early as Thursday.

"No exact timing (for phone talks) has been decided, but (the two sides) are still in arrangements," the official told Yonhap News Agency by phone. "Telephone conversation will be possible either today or tomorrow if the two nations agree." 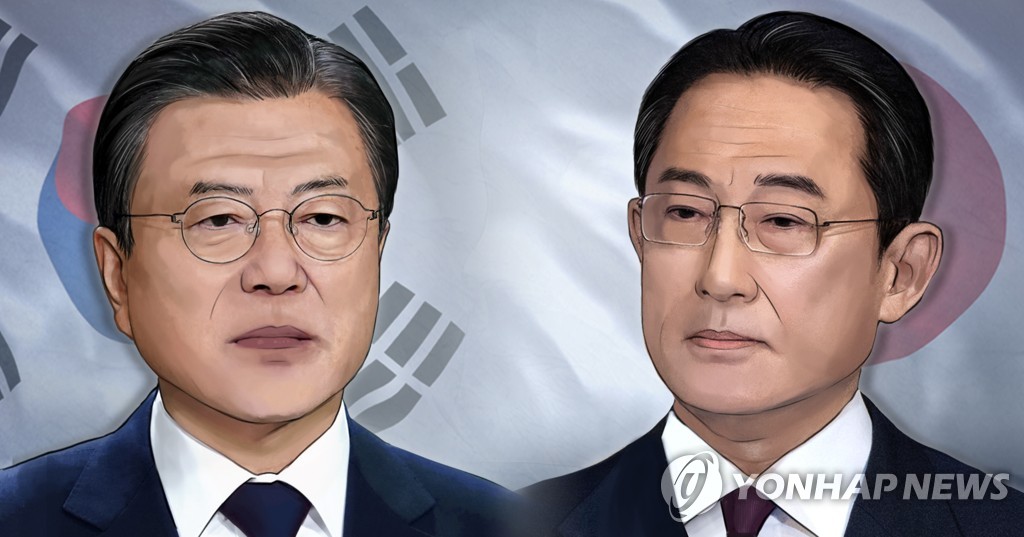 Moon has congratulated Kishida, who took office on Oct. 4, on his election and expressed hope to work togther to move relations between Seoul and Tokyo forward.

South Korea and Japan have long been at odds over territory and other historical disputes stemming from Japan's 1910-45 colonial rule of the Korean Peninsula.

In recent months, Seoul has been pushing to improve bilateral relations at a time when the administration of U.S. President Joe Biden has been seeking to reinforce a regional network of democratic alliances and partnerships to counter China's growing assertiveness.