The new outlet is located near Sunway University, about a 40-minute drive from the Malaysian capital of Kuala Lumpur, it said.

The store carries instant cup rice and Korean street food like "tteokbokki," a popular Korean snack made from rice cakes and red chili pepper sauce, as well as "gimbap," rice rolls with a variety of vegetables.

E-Mart24 has been tapping deeper into the Malaysian market since the launch of its first store in an office district in Kuala Lumpur in June this year.

The convenience store chain is planning to open 10 stores in the Southeast Asian country by the end of 2021 and 300 stores within five years.

South Korea's convenience store chain operators have been setting their sights overseas as the local market has become saturated. 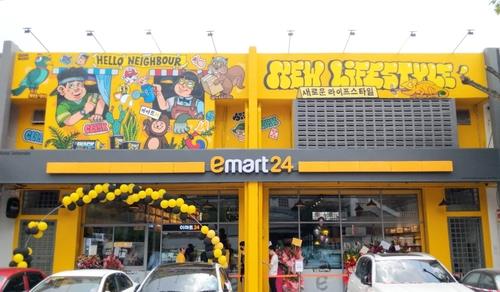