WASHINGTON, Oct. 13 (Yonhap) -- South Korea's finance minister on Wednesday called for follow-up measures to a new landmark global tax deal and for each country's situations to be taken into consideration for the high-profile taxation.

Finance Minister Hong Nam-ki made the remarks during the G-20 finance ministers and central bank governors meeting held in Washington D.C. where participants endorsed the deal to overhaul a global corporate tax scheme.

A group of 360 countries agreed on a two-pillar deal Friday to impose a minimum tax of 15 percent and to share taxes imposed on the profits of multinational companies, in a bid to prevent them from dodging taxes.

Under the deal, multinational firms with global sales of more than 20 billion euros (US$23.1 billion) and profitability of 10 percent should pay 25 percent of their profits in excess of a margin of 10 percent to markets where they have business activities and earn money.

Also, global companies whose consolidated sales exceed 750 million euros will be subject to the global minimum corporate tax of 15 percent. The new rules will take effect in 2023.

At the G-20 meeting, Hong stressed the need to swiftly come up with follow-up measures to smoothly implement the deal, and fully take into account each country's situations in drawing up such steps.

Multinational firms have been under fire for their long-held practices of transferring their profits to countries or territories with low corporate tax rates.

Under the new scheme, South Korean chipmakers Samsung Electronics Co. and SK hynix Inc. may have to pay part of their corporate taxes to countries where they earn profits. The Korean government will be also able to collect taxes from global tech firms, such as Google and Facebook.

Meanwhile, Hong held separate meetings with his counterparts from Britain, Canada and Argentina on the sidelines of the G-20 meeting to discuss bilateral and global economic issues. 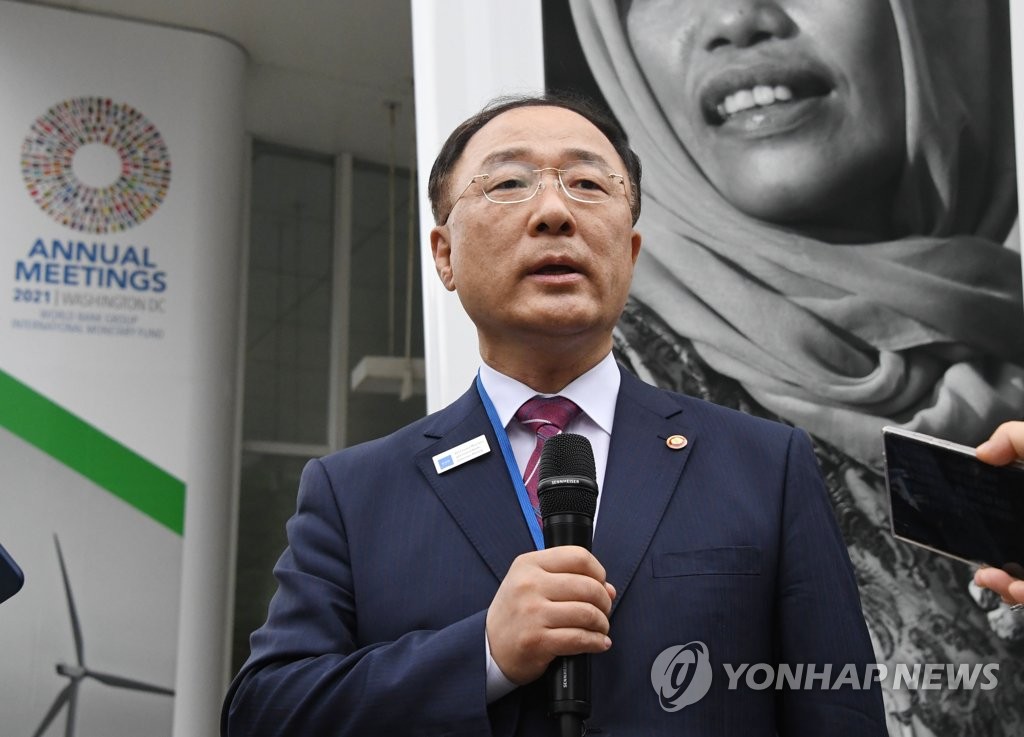