SEOUL, Oct. 14 (Yonhap) -- South Korea has found defects in all of the four Global Hawk unmanned surveillance aircraft it has procured from the United States, a ruling party lawmaker said Thursday, calling for measures to ensure their stable operation.

Citing data from the Air Force during a parliamentary audit, Rep. Ahn Gyu-back of the Democratic Party said that defects have been found in the drones an average of 10 times each.

From December 2019 through September last year, South Korea brought in four Global Hawks under a project worth 965.9 billion won (US$812 million).

"There have been too many defects given the short period since they were rolled out here," Ahn said. "We should thoroughly check the management of the Global Hawks and quickly craft measures to ensure their stable operation."

The lawmaker also said that the military found a malfunctioning part responsible for transmitting imagery to the ground in one of the Global Hawks, but it has yet to find what went wrong. 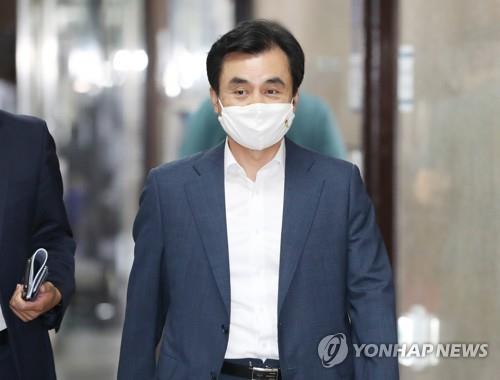