SEOUL, Oct. 14 (Yonhap) -- KT Wiz slugger Kang Baek-ho has batted .314 in his last 10 games. And somehow, he has fallen off the pace in the race for the batting title in South Korean baseball this year.

That's because Kang has managed only one hit in his last 11 at-bats. Kang, who once flirted with the elusive .400 average, is now batting .351.

His main competition, Lee Jung-hoo of the Kiwoom Heroes, is leading the way at .361. His 10-game batting average is .268. But that stretch began with a 0-for-16 slide, and he has gone 6-for-8 in his last two games to open up a gap with Kang. 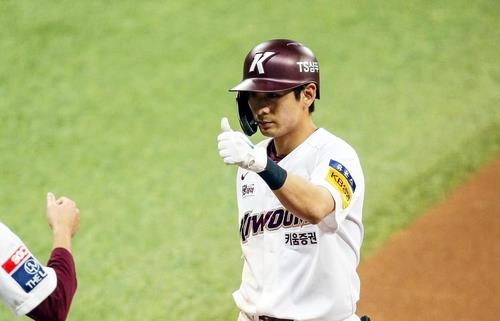 If Lee can hold on, he and his legendary father, Lee Jong-beom, will become the first father-son duo in Korea Baseball Organization (KBO) history to capture batting titles. The senior Lee, one of the most complete players the league has seen, led the KBO with a .393 average in 1994.

Batting average is one of several categories with fascinating battles down the stretch.

Kang is also in second place in the RBI department with 96. He sits five back of NC Dinos' catcher Yang Eui-ji, who is enjoying his second straight 100-RBI season at age 34. 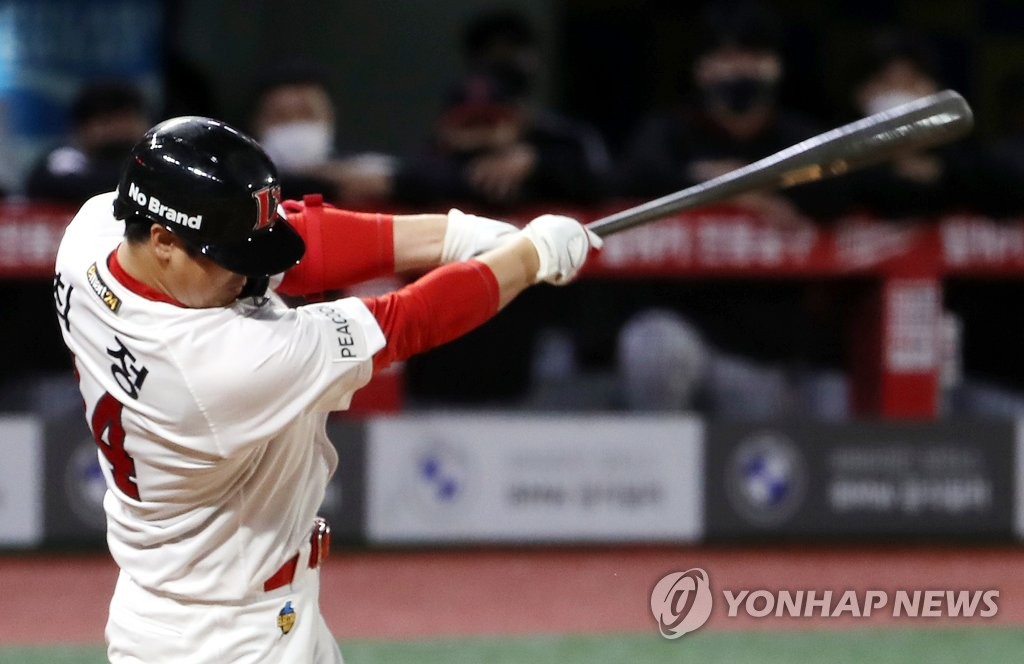 Choi Jeong of the SSG Landers and Na Sung-bum of the Dinos are tied for the lead with 31 home runs apiece. Choi is a two-time home run king sitting at 399 for his career. This is his fifth 30-homer season, all of which have come in the last six years.

Na, who has now hit 30-plus homers in a season for the third time, has never led the KBO in this category.

Many foreign players have failed to make an impact on offense in an atypical year. Jose Pirela of the Samsung Lions is the only non-Korean hitter among the top 10 in on-base plus slugging percentage (OPS).

But it has been a different story on the pitching side. 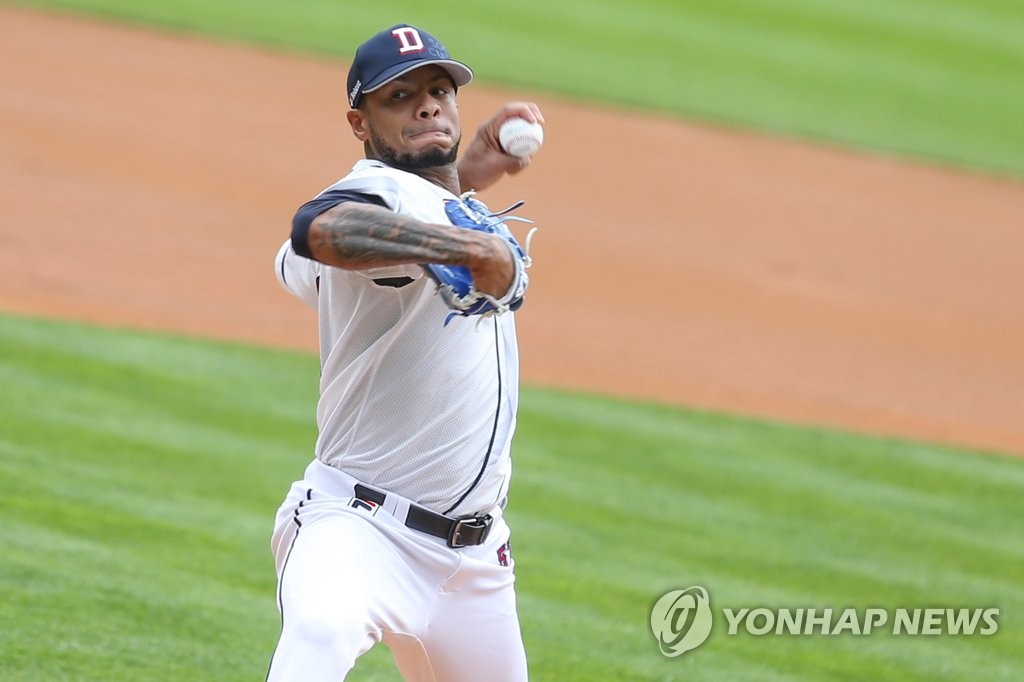 Ariel Miranda of the Doosan Bears is chasing a Triple Crown as the league leader in wins, ERA and strikeouts. He is tops with a 2.38 ERA and 211 strikeouts, but he sits in fourth place in wins with 13.

The three pitchers above Miranda are three Americans: Eric Jokisch of the Kiwoom Heroes and David Buchanan of the Samsung Lions are tied at the top with 15 apiece. Dinos' right-hander Drew Rucinski has 14 wins, a year after finishing in second place with 19 victories.

The top eight pitchers in strikeouts are all from outside South Korea, while five of the top 10 in ERA are from overseas. 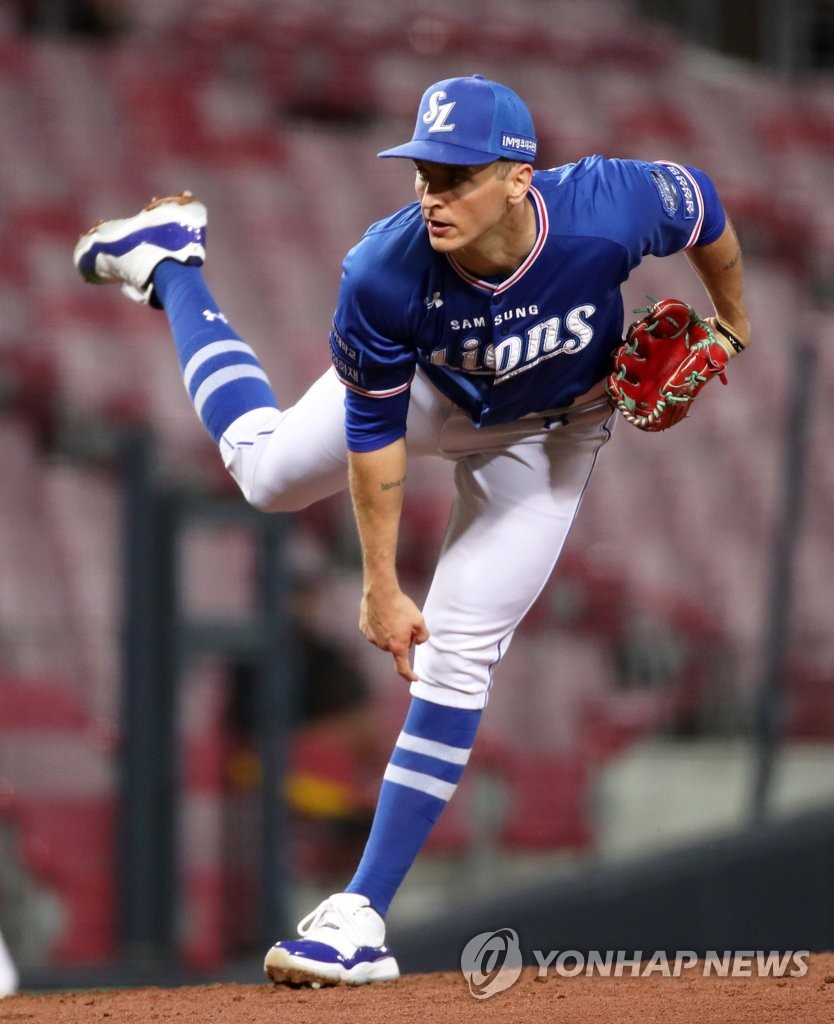 Individual battles going down the wire in KBO

Individual battles going down the wire in KBO