The ministry will offer 10 million won (US$8,400) each to the civilians who worked for the units, including the Korea Liaison Office (KLO), from 1948-1953, as they have been excluded from the compensation list due in part to limits in confirming their merit in foreign operations.

During the war, the U.S. military recruited Koreans to glean on-the-ground information in North Korean regions, including Hwanghae and Pyongan provinces, as high-tech equipment, such as spy satellites and high-altitude drones, were not available at that time. 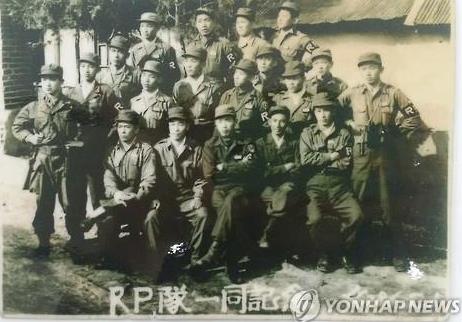 The military said it plans to deliver the compensation money in the near future, as many potential recipients are aged 85 or older. Families of the deceased can also apply for the compensation.

The decision came years after the National Human Rights Commission of Korea advised that the parliament and the military should prepare new rules to recognize KLO veterans in 2007.

The two Koreas, meanwhile, technically remain at war, as the Korean War ended with an armistice and a peace treaty has never been signed.