In its third-quarter earnings guidance released earlier this month, Samsung Electronics said its operating profit jumped to a three-year high and it logged record sales for the three months that ended in September on improved profitability in both its chip and smartphone businesses.

The world's largest memory chip and smartphone maker estimated its sales at 73 trillion won (US$61.2 billion) for the July-September period, up 9 percent from a year ago, and its operating profit at 15.8 trillion won, up nearly 28 percent.

SK hynix and Samsung Electronics are set to announce their third quarter earnings results on Oct. 26 and Oct. 28, respectively. 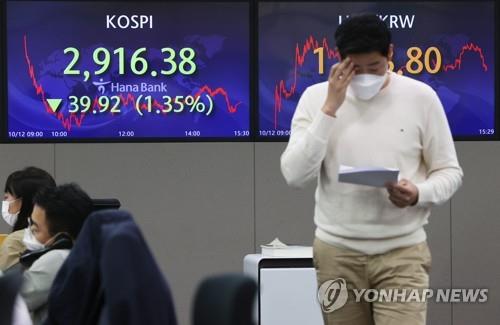 But uncertainty over the memory market and the global economy has dampened their shares -- and the wider Seoul bourse, by extension, which went on a tear early this year.

Samsung shares closed at 68,800 won Wednesday, nearly a 29 percent drop since it peaked at 96,800 won in January. In the first 13 days of October, Samsung shares shed more than 7 percent, underperforming the broader market's 3.8 percent loss.

SK hynix is seeing a bigger drop. It closed at 92,000 won Wednesday, almost a 39 percent drop from the peak of 150,500 won in March.
Analysts have revised down their expectations for both companies, citing concerns over flagging demand for memory chips like DRAM and NAND, used for storage in computers and mobile devices. 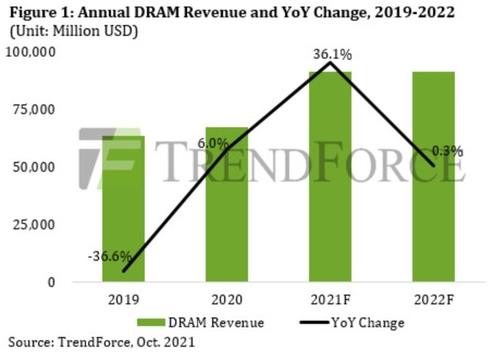 Industry tracker TrendForce warned DRAM prices will begin to fall by 15 to 20 percent annually in the fourth quarter and enter a downward trend early next year, as supply is expected to outstrip demand.

"DRAM contract prices are likely to exit a bullish period that lasted three quarters and be on the downswing," it said in a report released Tuesday.

"This decline can be attributed to not only the declining procurement activities of DRAM buyers going forward, but also the drop in DRAM spot prices ahead of contract prices," it added.

As of the second quarter of 2021, Samsung led the global DRAM market with 41.3 percent, followed by SK hynix with 28.2 percent, according to the research firm.

"Performance by Samsung Electronics is expected to slow until the first half of next year, considering risks of an economic slowdown in the U.S. and China and falling chip prices," Lee Seung-woo from Eugene Investment & Securities said.

"If things do not turn for the worse in an extreme manner, the company is predicted to enter a business cycle where profits go up again," he added. 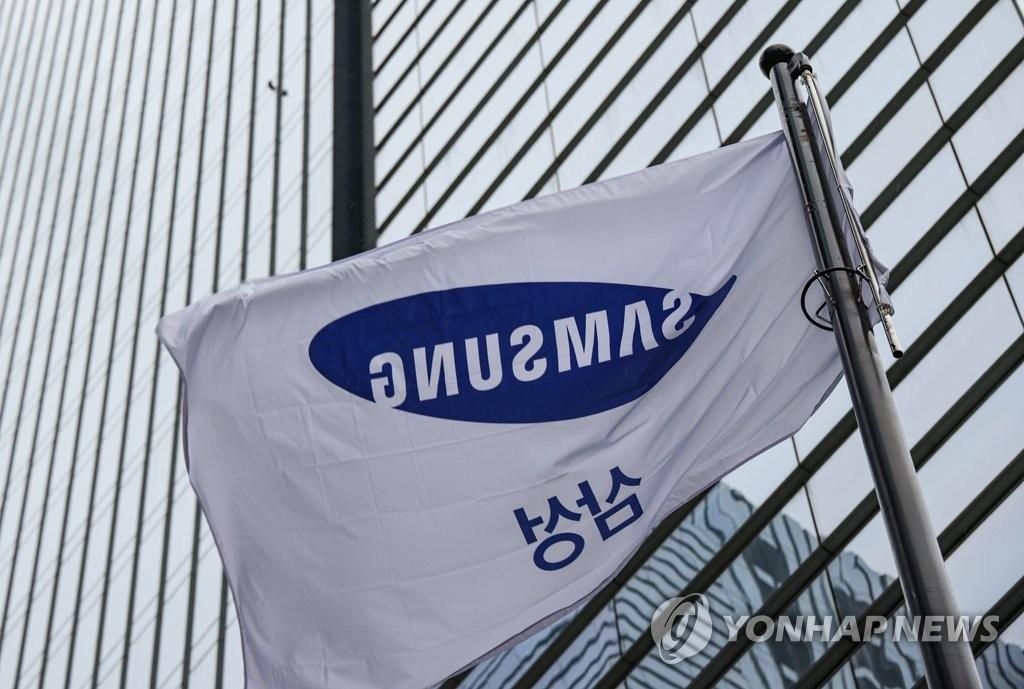