SEOUL, Oct. 14 (Yonhap) -- South Korea will ease tight regulations on loans taken out for home rentals as part of efforts to protect people in actual need of borrowing as financial authorities are set to unveil additional measures to rein in household debt this month, the head of the country's financial regulator said Thursday.

In a brief meeting with reporters, Koh Seung-beom, the chief of the Financial Services Commission (FSC), said that controls on such loans for the "jeonse" arrangement will be managed in a "flexible" manner.

"For loans taken out for jeonse in October, November and December, the cap on aggregate loans will be applied in a flexible manner," Koh said. "We will tolerate it even if the growth rate of outstanding household debt exceeds the targeted range if that is due to a rise in loans for jeonse."

Koh said the government will announce additional measures to rein in household debt next week "at the earliest," adding that those eased measures could be included.

He pledged that jeonse loans and loans for those planning to move into newly constructed apartments will not be suspended until the end of this year.

Since July, the FSC has applied stricter lending calculations for mortgage loans, called the debt service ratio (DSR), which measures how much a borrower has to pay for principal and interest in proportion to his or her yearly income.

The decision is part of the government's push to keep a lid on skyrocketing home prices and inflation. But such measures have drawn complaints from people who actually need to borrow to rent a home to live in.

Household debt, however, is showing no sign of letting up.

Outstanding bank loans to households grew 6.5 trillion won on-month to 1,052.7 trillion won (US$877.9 billion) as of the end of September, according to the Bank of Korea (BOK).

On Tuesday, the BOK kept its policy rate unchanged at 0.75 percent for October but hinted at the possibility of another rate hike next month following a quarter percentage-point increase in August in a bid to curb inflation and household debt. 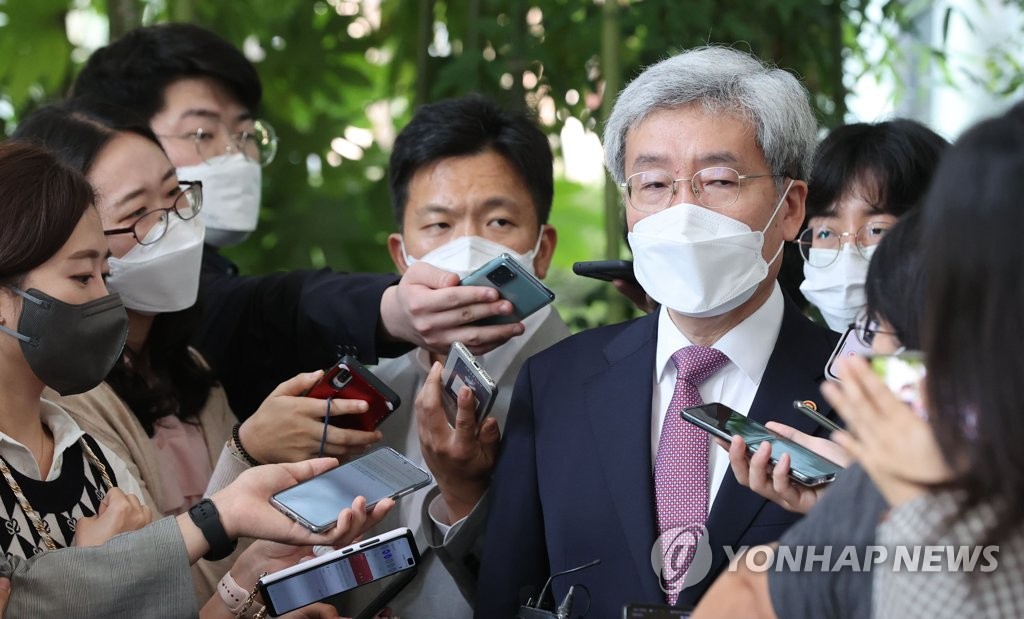