SEOUL, Oct. 14 (Yonhap) -- South Korea has launched a task force to deal with potential energy supply glitches amid concerns that the global energy crisis is expected to continue into early next year, the industry ministry said Thursday.

Energy prices have hit record highs across the globe, as energy production has failed to keep up with strong demand for the post-pandemic economic recovery, according to market watchers.

In response, the new government-led task force involving energy-related public firms, private companies and experts will closely monitor the supply and demand of energy resources and draw up measures to better respond to fluctuating global energy prices, according to the Ministry of Industry, Trade and Energy.

"The current trend of soaring energy prices is forecast to continue through the winter and well into next February," Vice Minister Park Ki-young said, presiding over the first meeting of the task force.

"We've maintained a relatively stable situation, but uncertainties have grown. It is necessary to monitor the global circumstances on a real-time basis and come up with plans for emergencies," he added.

Asian liquefied natural gas (LNG) spot price, a benchmark for spot LNG contracts, rose to a record high of $56.3 per million British thermal units (mmBtu) last week, up more than 10 times in a year, according to the ministry.

Coal prices have risen to record levels amid an ongoing supply crunch, particularly in China, with the price per ton hitting a five-year high of $247 earlier this month.

Market watchers forecast that such a trend is expected to continue through early spring due to the combination of the possible surge in demand in the post-pandemic era and in winter, continuous supply outages, and political and diplomatic factors, such as a trade war between China and Australia. 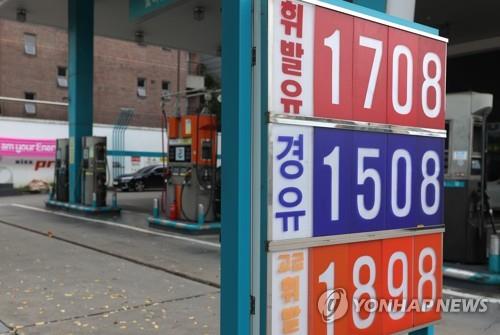