SEOUL, Oct. 14 (Yonhap) -- A group of visually impaired people and their advocates said Thursday they will file a damages suit against McDonald's Korea and other key restaurant chains, saying the firms' electronic self-service kiosks violate their basic rights.

Self-service kiosks at the stores of the restaurant chains, which also include KFC Korea, the convenient store chain Emart24 and two other retail chains, are of no use for the visually disabled, because voice services are not offered, they claimed in a press conference in central Seoul.

"Such kiosks at fastfood chains, icecream shops and unmanned convenience stores make us feel like we're knocking on a mute wall," one of the visually impaired protesters said.

They also filed a separate petition with the National Human Rights Commission of Korea, saying the increased use of e-kiosks during the COVID-19 pandemic, especially at public institutions, constitutes discrimination against the disabled.

"Not guaranteeing access to public services because they are disabled is a serious violation of their equal rights given by the Constitution, as well as a human rights violation," the advocacy groups said.

According to a survey conducted by one of the civic groups from April-June, more than half of the 245 private and public self-service kiosks in Seoul they inspected either did not provide voice services or had malfunctioning voice services. 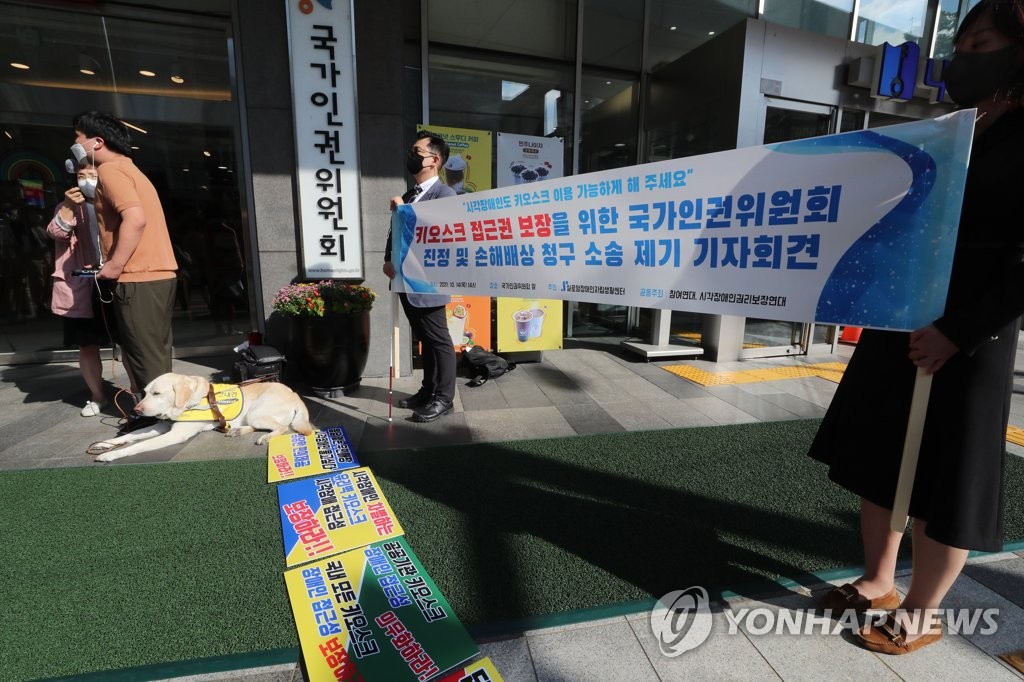