Under the strategy, the southern port city of Busan, its neighboring city of Ulsan and South Gyeongsang Province that surrounds the two big cities have pushed for building a so-called megaregion.

For decades, South Korea has pushed for balanced regional development, but people have continued to move to Seoul and its neighboring areas. 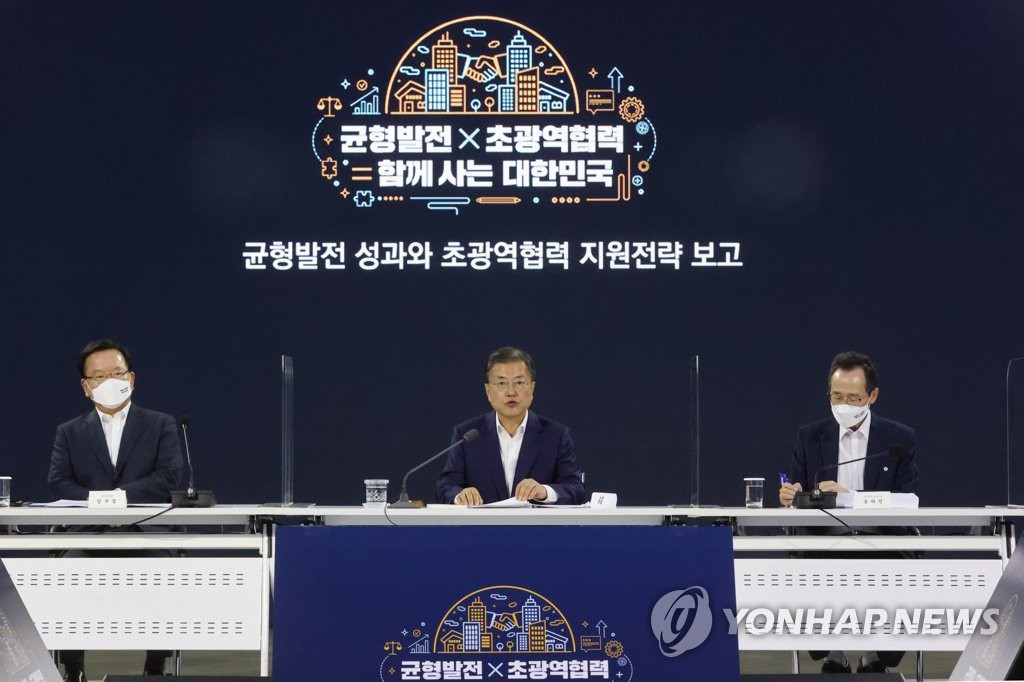 As of 2019, more than half of the nation's population lived in Seoul and its surrounding cities, Moon said.

To promote megaregions, the central government will also provide tax incentives for companies to invest in such regions, Moon said.

Last month, lawmakers approved a bill to establish a regional branch of the National Assembly in Sejong, some 160 kilometers south of Seoul.

The legislation aims to decentralize the densely populated greater Seoul area and help heighten efficiency in parliament's collaboration with government ministries and agencies located in Sejong.

Moon hailed the legislation, saying it will have a positive impact for balanced regional development.