SEOUL, Oct. 15 (Yonhap) -- The Bank of Korea will continue adjusting its accommodative monetary policy and determine the timing of another rate hike in a way that could ease "financial imbalances" caused in part by rising household debt, Gov. Lee Ju-yeol said Friday.

Lee made the remarks days after the central bank kept its policy rate unchanged at 0.75 percent for October but hinted at the possibility of an additional rate increase before the end of this year to rein in inflation and household debt.

"Financial imbalances have deepened due to the concentration of funds in the asset market and a cumulative increase in household debt, which are serving as a factor that weighs on our economy's sustainable growth," Lee told lawmakers during a parliamentary audit.

"Taking them into consideration, the BOK has steadily normalized its monetary policy stance that has been significantly eased in the wake of the COVID-19 outbreak," he added. "Going forward, the BOK will adjust the extent of its accommodative policy in accordance with improvement in financial and economic conditions." 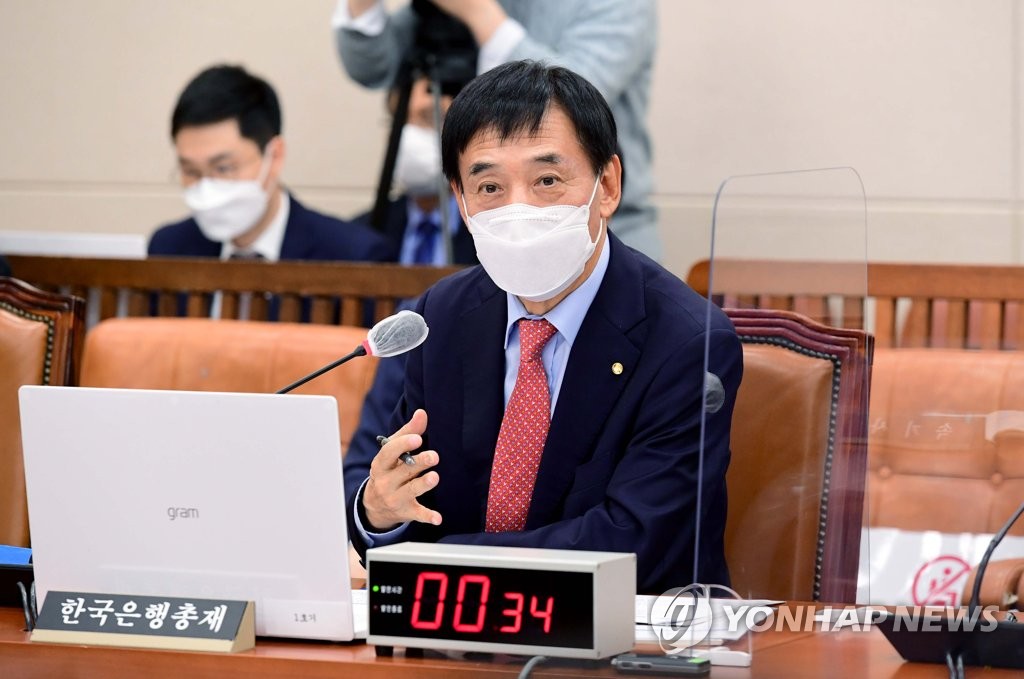 Lee said that the South Korean economy has been on a solid recovery track, bolstered by reviving exports and facility investment, saying that such an upward trend will likely continue with the expanded vaccination, which will help ease antivirus measures that have hampered normal business activities.

Soaring household debt has been cited as a major downside risk for Asia's fourth-largest economy.

Financial authorities have tightened lending regulations to rein in household debt and inflation, and they are set to unveil additional measures next week "at the earliest," though they will likely include steps intended to help those in actual need of borrowing.

In August, the BOK raised the key rate by a quarter percentage point from 0.5 percent, a record low level put in place to cushion the economic fallout from the global coronavirus pandemic. It marked the first rate hike since November 2018.

On Tuesday, the central bank kept the rate unchanged at 0.75 percent, though it left open the possibility of another rate hike next month.

Lee said the BOK will closely monitor the foreign exchange market as the Korean currency showed higher volatility than other currencies.

The Korean currency ended at 1,198.8 won per U.S. dollar Tuesday, the weakest closing in about 14 months, amid concerns about global inflation risks. The Korean won closed at 1,182.40 against the dollar Friday, up 4.4 won from the previous session.

The won has lost about 2 percent versus the greenback since Sept. 1 amid uncertainty over the Federal Reserve's tapering of asset purchases and debt crises of Chinese property developers.

Finance Minister Hong Nam-ki said Wednesday that the government is ready to take measures to stabilize the foreign exchange market, if necessary.

The BOK chief also said that the BOK will complete research on the feasibility of a central bank-issued digital currency next year to pave the way for its introduction, while also making efforts to strengthen the overall digital payment infrastructure amid a fast transition toward the digital economy. 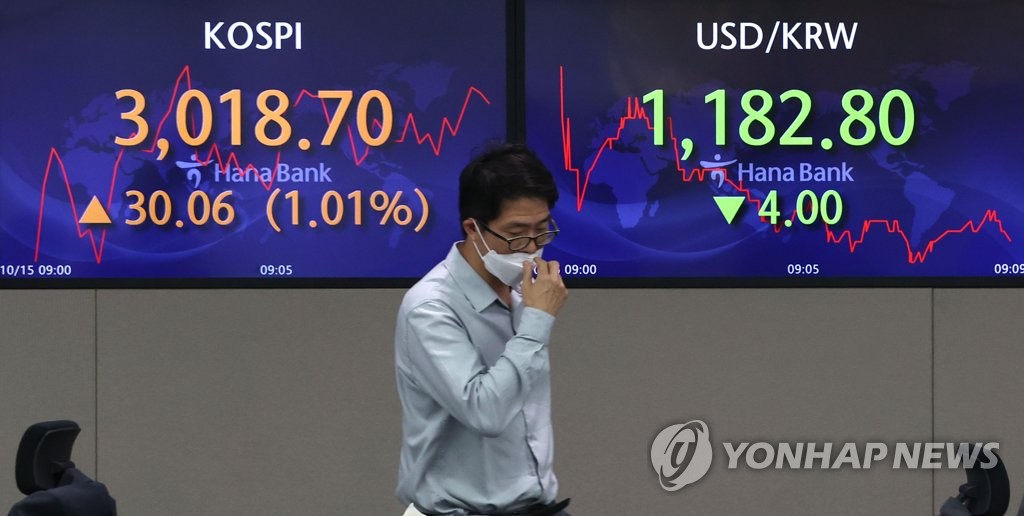