The Korea Disease Control and Prevention Agency (KDCA) began administering booster shots earlier this week for people aged 60 and older as well as medical workers, as part of the nation's strategy to ensure maximum protection for the public.

Moon and Kim qualified for a third shot of COVID-19 vaccine under the guidance. 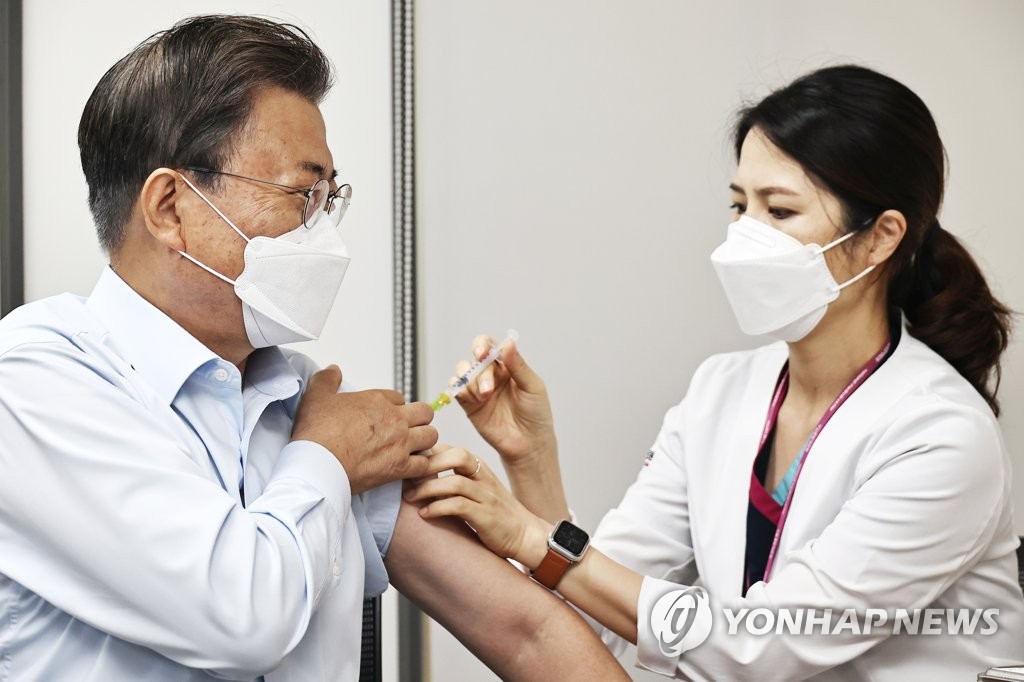 Moon received AstraZeneca's coronavirus vaccines in March and April, and the third shot was Pfizer.

Hours after receiving the third shot, Moon said he conducted his daily tasks as scheduled, adding he has not felt much strain on his body, according to Cheong Wa Dae officials.

So far, about 78 percent of the nation's population have received their first shots of COVID-19 vaccines and the number of fully vaccinated people stood at 31.62 million, or 61.6 percent.

The fully vaccinated rate is expected to reach over 70 percent of the population at the end of this month, which has been considered a precondition for the gradual plan to put daily life back on track.