SEOUL, Oct. 15 (Yonhap) -- South Korea plans to resume discount coupon programs aimed at boosting private spending as the country is preparing to move into a phase of "living with COVID-19" in early November, a senior government official said Friday.

Except for food delivery via apps, the country suspended the coupon programs for sports, accommodations, tourism, cultural performances, and railway and bus service due to the resurgence of virus cases. The government earlier said the resumption will depend on the vaccine rollout.

"The government will consider resuming the consumption coupon programs after consulting with health authorities in a bid to help boost private spending under the 'living with COVID-19' phase," First Vice Finance Minister Lee Eog-weon told a government policy meeting.

The government is preparing to gradually move into the "With Corona" scheme around Nov. 9, under which COVID-19 will be treated as an infectious respiratory disease, like seasonal influenza, with eased distancing being implemented.

The country has accelerated its vaccination campaign, with 40.2 million people, or 78.4 percent, of its 52 million population, receiving at least their first doses of COVID-19 vaccines, and 62.5 percent being fully vaccinated.

South Korea aims to complete the vaccination of 70 percent of its population by the end of this month.

Private spending grew 3.6 percent in the second quarter from three months earlier, accelerating from a 1.2 percent on-quarter gain in the first quarter, according to central bank data. 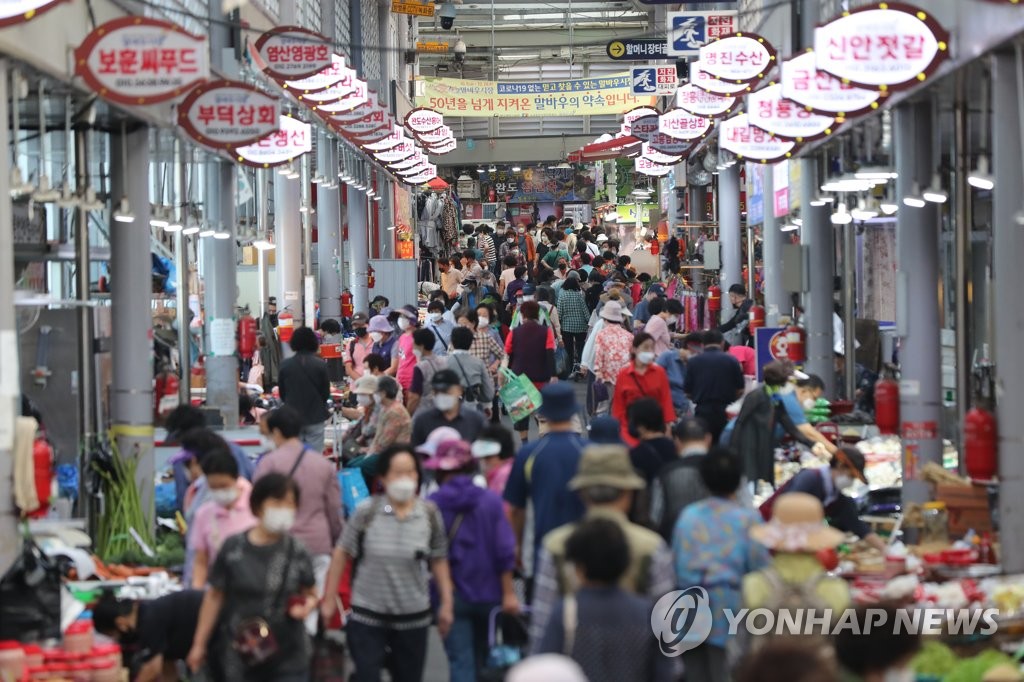