SEOUL, Oct. 15 (Yonhap) -- The top nuclear envoys of South Korea, the United States and Japan will meet trilaterally in Washington next week to discuss joint efforts to bring North Korea back to dialogue, the foreign ministry said Friday.

The planned talks among Seoul's chief nuclear negotiator, Noh Kyu-duk, and his U.S. and Japanese counterparts, Sung Kim and Takehiro Funakoshi, come as Seoul is stepping up diplomacy to salvage its peace drive following a recent series of North Korean missile launches, including a hypersonic one last month.

Noh and Kim are expected to meet bilaterally on Monday and join a trilateral meeting with Funakoshi the following day. Noh is also likely to hold two-way talks with Funakoshi on Tuesday.

The three held their last in-person talks in September in Tokyo, as they have been exploring ways to encourage Pyongyang's return to dialogue, including humanitarian and other incentives.

Next week's talks are expected to touch on President Moon Jae-in's recent proposal for the declaration of a formal end to the 1950-53 Korean War, which Noh has said is the most effective among confidence-building measures.

They could also discuss humanitarian support for the North and the recent reactivation of inter-Korean communication lines, which has raised cautious hope for a cross-border thaw.

"Through the visit to Washington this time, we expect that there will be in-depth consultations over cooperation among the three countries for the complete denuclearization and the establishment of lasting peace on the Korean Peninsula," the ministry said in a press release. 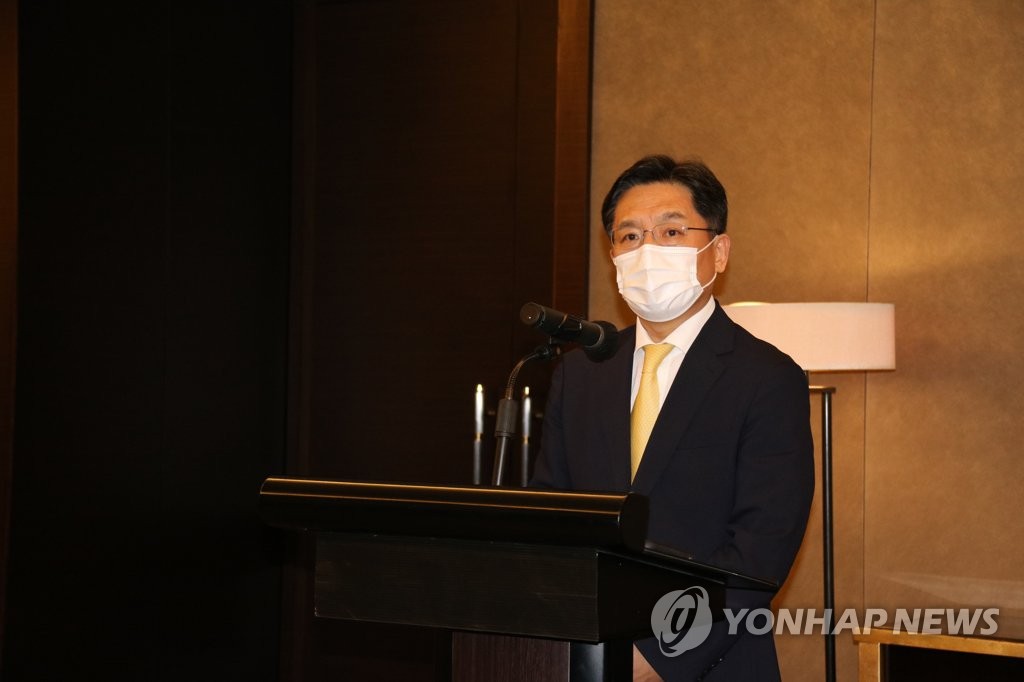