SEOUL, Oct. 15 (Yonhap) -- A North Korean defector has been sentenced to six months in prison for breaking into a police station in Seoul and pouring flour over an officer as part of streaming online, judicial sources said Friday.

The 24-year-old, whose identity was withheld, climbed over a wire fence into Gwanak Police Station in southern Seoul in June, charged toward the officer on duty and dumped flour over him, saying he would test police capability to respond to an infiltration.

The defector was also charged with destroying police property worth about 1 million won (US$840).

Investigations found that the man committed the act to draw more viewers to his online streaming channel.

In the ruling, the court said it took into consideration that the defendant confessed to his crime and has bipolar disorder from having difficulty adapting to South Korea. 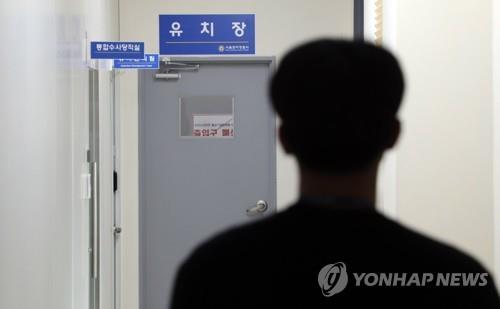 N.K. defector sentenced to prison for breaking into police station for online streaming

N.K. defector sentenced to prison for breaking into police station for online streaming