SEOUL, Oct. 15 (Yonhap) -- Prosecutor General Kim Oh-soo worked as a legal adviser to the city government of Seongnam for five months before taking over as top prosecutor, officials said Friday, amid a prosecution probe into a development corruption scandal in the city.

The Seongnam city government is a subject of the investigation in connection with the probe that is zeroing in on allegations that a private partner of the 2015 project reaped astronomical profits through possible collusion with a key figure at the city's development agency.

A city official confirmed that Kim worked as the city's legal adviser for about five months till early May before he took office as prosecutor general in June.

"He signed a two-year contract with the city at the recommendation of a regional bar association and was dismissed after being named prosecutor general," the official noted.

According to the official, the city signed a separate contract with Kim in December for his legal services over a lawsuit and Kim was paid 13 million won (US$10,988) in retainer. His former law firm later took over the lawsuit case following his nomination.

Kim later confirmed his five-month contract with Seongnam but argued it has nothing to with the development corruption scandal.

"While I was working as a lawyer at a law firm, I had been in fact named a legal adviser to Seongnam as part of a volunteer service for a region where I have been living for more than 10 years," he said in a press release.

"It has nothing to do with the Daejangdong case ... and I have instructed the chief of the Seoul regional prosecutors' office to carry out a thorough and swift probe regardless of ranks," he added. 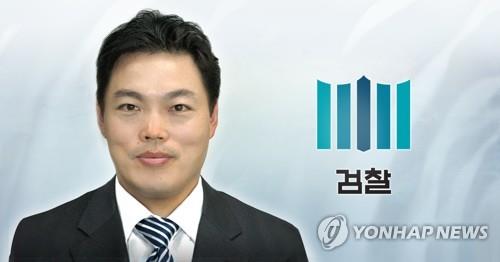