The meeting was held to discuss bilateral and global economic issues, including global supply chain disruptions. It marked their first gathering since July.

The U.S. Department of Commerce recently asked global chipmakers, including Samsung Electronics Co., to share information on inventories, demand and other details to "help improve trust and transparency within the supply chain."

Seoul's trade ministry earlier voiced similar concerns, saying that Washington's request was too vast and may include trade secrets of related firms.

They also agreed to continue to cooperate on the issue of Iran's funds frozen in Seoul. South Korea is seeking to use a Swiss channel backed by the U.S. in a bid to use part of the money for Swiss companies' sale of humanitarian items to Iran.

He called for the IMF's flexible policy recommendations for measures to ease capital flow volatility as the international organization is reviewing its official stance on the issue. 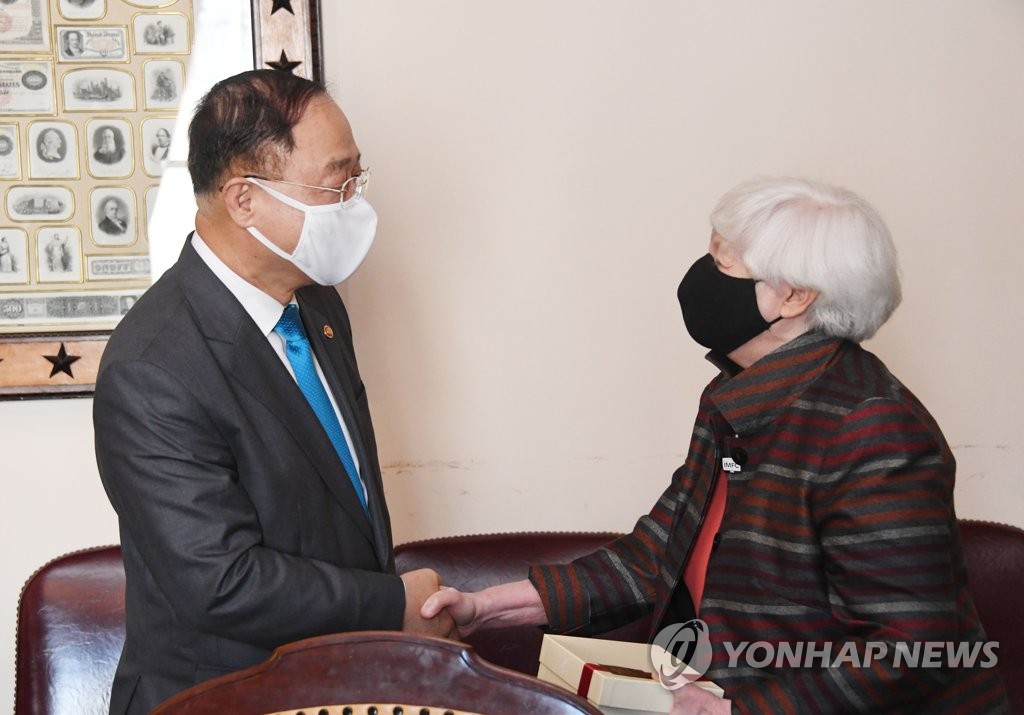