Six Army soldiers, including five trainees at boot camps, and a Navy member tested positive for the virus, according to military data.

A civilian employee of the defense ministry in Seoul was also found to have contracted the virus. Since last week, three COVID-19 cases, including the latest, have been reported from the ministry compound.

Another case was traced to a unit under the direct control of the defense ministry just south of Seoul.

Of the cumulative cases in the military, 1,848, or 94 percent, have been fully cured, with 112 still under treatment.

South Korea added 1,684 more virus cases earlier in the day, raising the total caseload to 339,361, according to the Korea Disease Control and Prevention Agency. The country has reported more than 1,000 daily patients for 101 consecutive days. 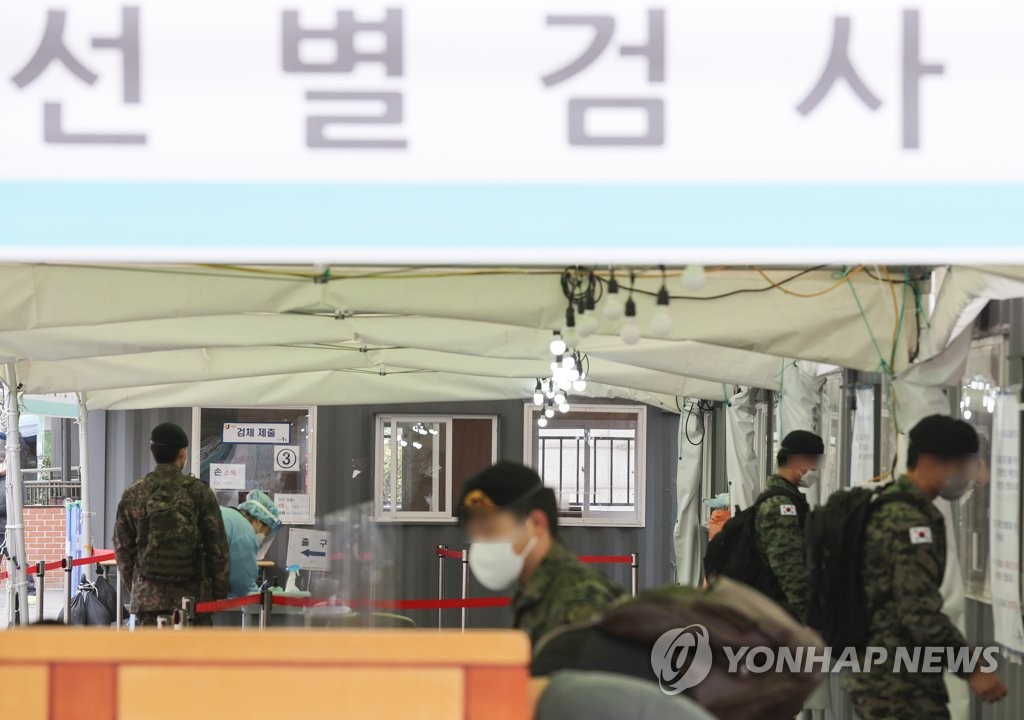