SEOUL, Oct. 15 (Yonhap) -- The 26th Busan International Film Festival came to a close Friday, with its experiment on returning to normal likely finishing with flying colors amid the COVID-19 pandemic.

This year's BIFF, which opened Oct. 6 for a 10-day run, screened 223 films from 70 countries at the Busan Cinema Center (BCC) in the southern port city of Busan, including the opening film "Heaven: To the Land of Happiness."

"We finally reached the final day after overcoming many difficulties, like the virus issues," BIFF Chairman Lee Yong-kwan said in an online press conference. "All invited Korean actors and filmmakers visited the festival and some foreign guests have participated in the event enduring the self-quarantine process." 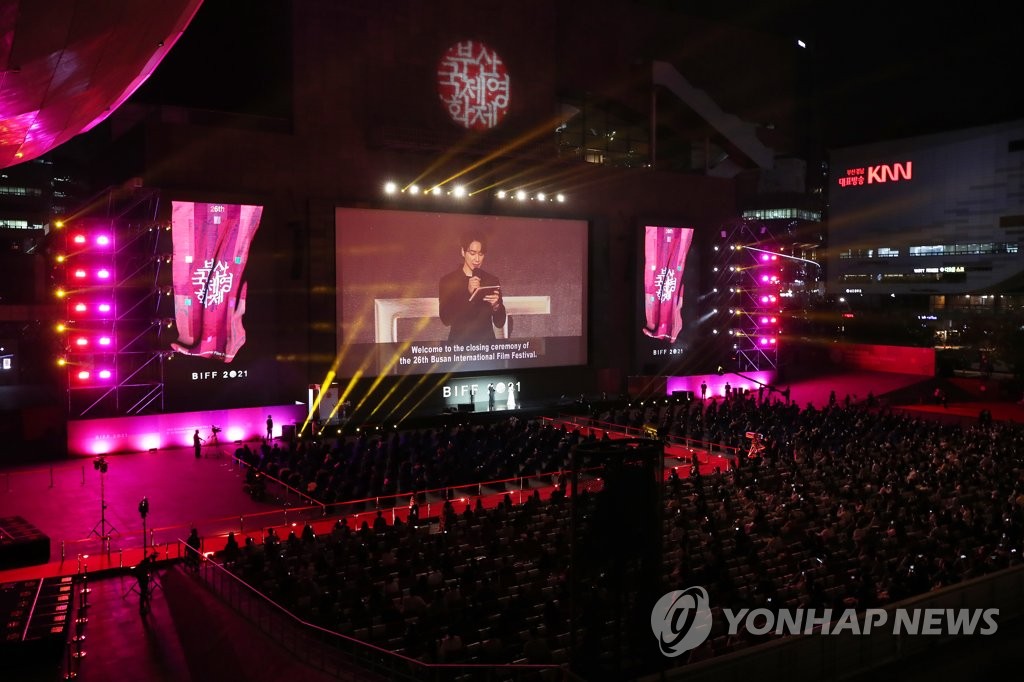 Asia's biggest film festival kicked off with an on-site opening ceremony with 1,200 spectators, with a bigger emphasis on offline events and screenings. Last year, BIFF was held on a smaller scale due to the pandemic with no opening and closing ceremonies as well as other outdoor events and no overseas guests invited.

Hundreds of industry people at home and abroad, including award-winning director Bong Joon-ho, hit the red carpet at what seemed to be the first massive public event in about two years in Korea.

Movie screenings also returned to near normal, as all invited features were shown at six theaters but with 50 percent seating capacity. Other in-person programs like discussion sessions with movie stars and directors took place with strict COVID-19 protocols in place. 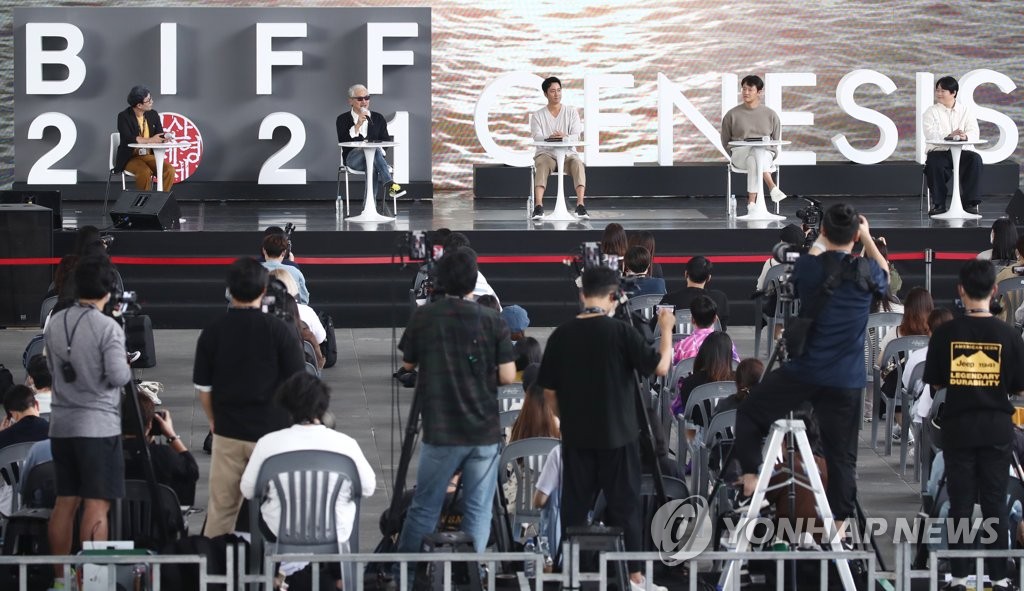 BIFF officials said there has been only one infection reported during the 10-day festival, and no further transmission has been confirmed.

Earlier this week, one of the managerial team members of an actor had reportedly tested positive for COVID-19 when returning to Seoul.

Since then, all close contacts have gone through virus tests and received negative results, according to BIFF.

"Holding this big event at a normal level is like walking on a tight rope," chief festival director Huh Moon-young said. "We've strictly complied with virus-control guidelines. One participant has tested positive but no further infections were reported. I think this is one of the results of our efforts."

BIFF said more than 76,000 people have visited the festival, compared to 18,000 visitors last year. They filled 80 percent of some 95,000 tickets available for this year. 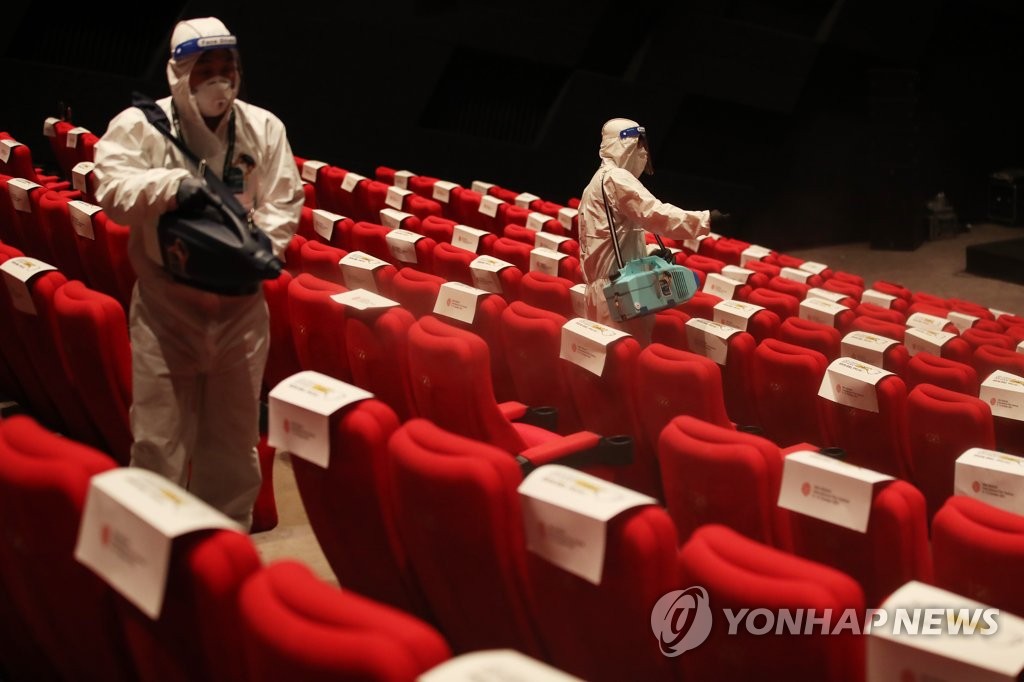 The top awards in the main competition category, the New Currents Award, went to "Farewell, My Hometown" by Chinese director Wang Er Zhuo and "The Apartment with Two Women" by Kim Se-in from South Korea.

"The Rapist" by Aparna Sen from India and "Gensan Punch" by Brillante Mendoza from the Philippines shared the Kim Jiseok Awards. The prize was named after BIFF's late executive deputy director, who contributed to discovering new Asian films and supporting young Asian filmmakers.

The BIFF Mecenat Award was given to "206: Unearthed" by South Korea's Heo Chul-nyung and "Self-Portrait: Fairy Tale in 47KM" by Zhang Mengqi of China.

"A Winter Glove" by Korean director Lee Hyeon-ju and "The Sea Calls for Me" by Indonesian Tumpal Tampubolon took the Sonje Award.

Koreans Kwon Daham and Im Jee-ho brought home the best actor and best actress of the year awards for their roles in "Through My Midwinter" and "The Apartment with Two Women," respectively. 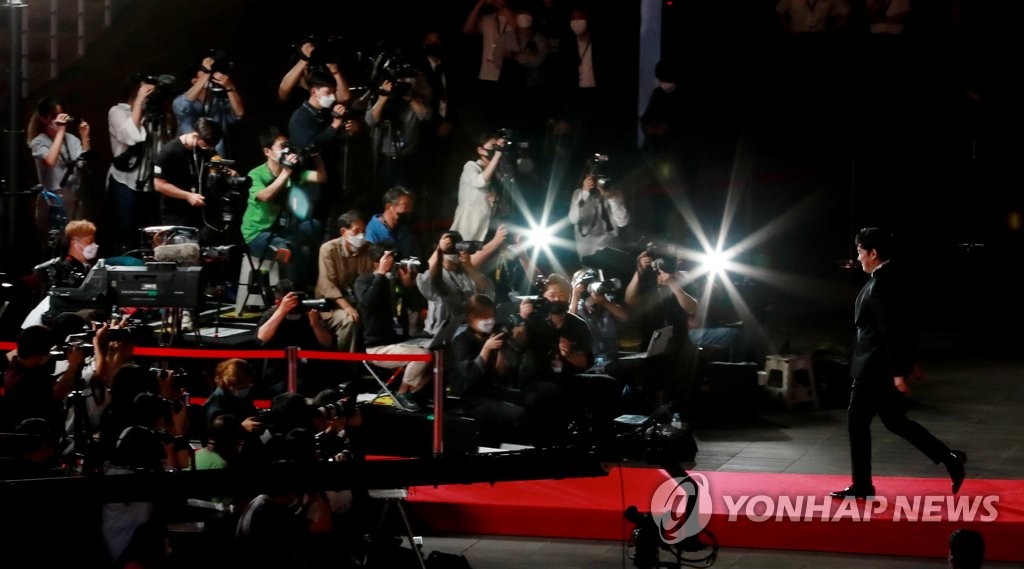