SEOUL, Oct. 15 (Yonhap) -- President Moon Jae-in held a meeting with the chief of U.S. Central Intelligence Agency (CIA) on Friday, touting the Korea-U.S. alliance as a foundation of the nation's security.

CIA Director William Burns, who is on his first visit to South Korea after taking the job, expressed his deep respect to Moon's efforts to maintain peace and stability on the Korean Peninsula, the presidential office Cheong Wa Dae said in a statement.

Moon and Burns, who was a career diplomat before taking the job, also exchanged views about intelligence cooperation between the two allies and the current situation on the Korean Peninsula, the statement said.

In August, about 400 Afghans, who had helped the Korean government in their war-torn country, were evacuated to South Korea.

Moon thanked Burns for actively helping evacuate the Afghans, according to the statement. 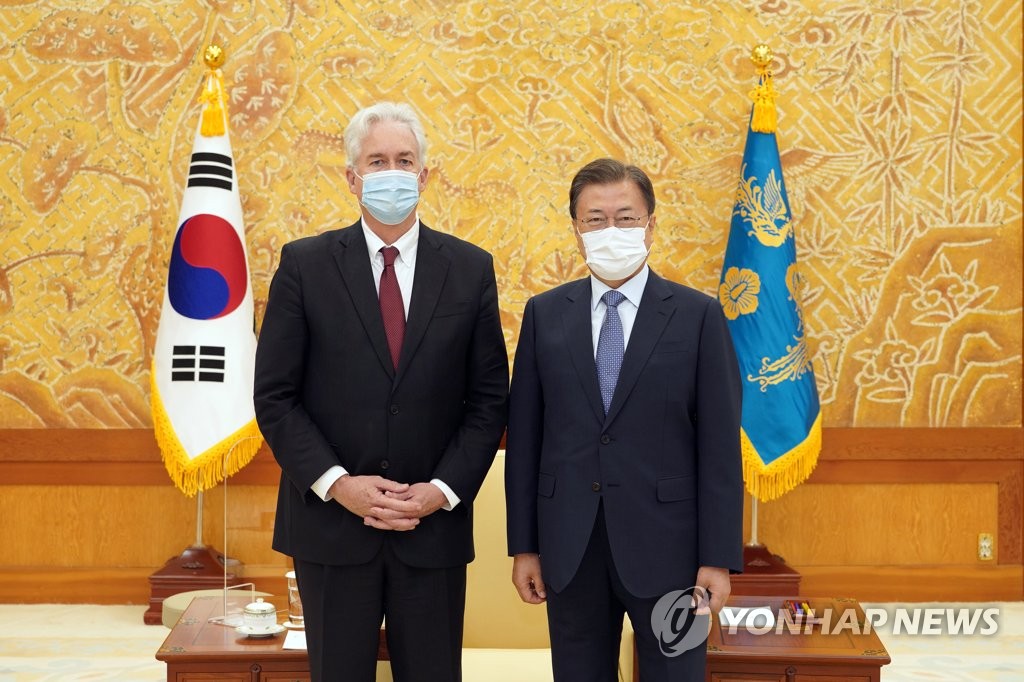