Biegun noted the North may be trying to influence the outcome of South Korea's upcoming presidential election, but insisted having a direct communication channel with the reclusive state was more important to South Korea, as well as the United States, than having such consequences.

"We've seen a sequence of events that many analysts have interpreted as increasingly provocative behavior by North Korea," the former deputy secretary said during a webinar cohosted by George Washington University's Institute for Korean Studies and the Korea Development Institute School of Public Policy and Management, a state-run institute based in Sejong, South Korea. 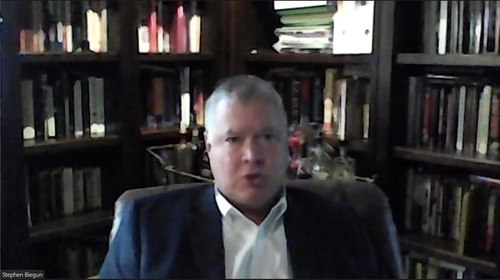 "But I will say that there's a school of thought and I'm inclined to believe it that ... the fact that North Korea is beginning to send external messaging suggests to me that North Korea is at least contemplating the terms under which it will reengage with the rest of the world," added Biegun, who also served as U.S. special representative for North Korea.

North Korea reopened direct communication channels with South Korea earlier this month, after a 55-day suspension during which it conducted at least four missile tests, including the test launch of what it claims to be a new hypersonic missile.

"It's very likely that just as the North Korean government was fixated on the U.S. presidential election from mid-2019 until November 3 of 2020, it seems likely that the North Korean regime is also now fixated on the South Korean elections coming up in the spring of next year, which could lead to a change in government from the progressives to the conservative politicians," said Biegun, referring to South Korea's presidential election slated for March 9, 2022.

"From my point of view, the most important thing is, in fact, a communications link. So I very much welcome the fact that South Korea and North Korea are directly speaking again. And I hope the case will be soon, if it's not already, that the United States will be able to find a way to open and then sustain communications with North Korea for its part," he added.

Pyongyang has ignored repeated overtures from the Joe Biden administration that it is willing to meet with North Korea "anytime, anywhere without preconditions."

Biegun, who played a key role in setting up the second U.S.-North Korea summit between former President Donald Trump and North Korean leader Kim Jong-un in Hanoi in February 2019, said the North hated such "open-ended" proposals.

"My experience is the North Koreans hate that kind of open-ended suggestion," he said. "What we need to do is quietly work through a series of steps that both sides could take, including, potentially, an end of war declaration. That could be part of a package." 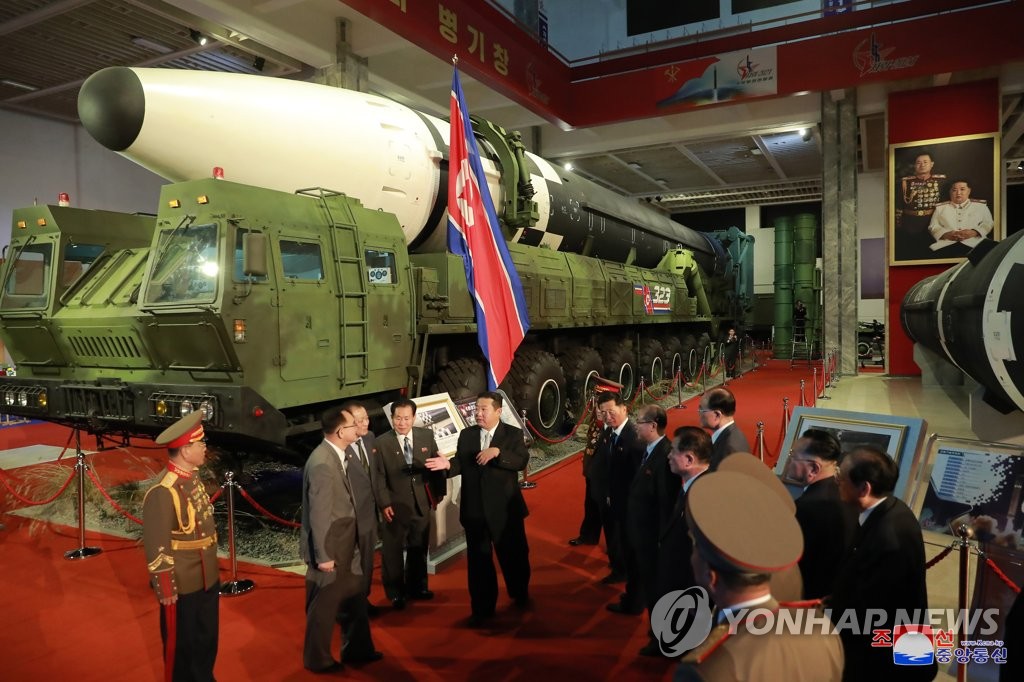 Biegun agreed, but said declaring the war's end alone may not be enough.

"The end of war declaration shouldn't be exaggerated," he said, pointing to concerns that it may weaken the U.S.-South Korea alliance. "It's not legally binding. It's a political statement. But were it part of a sequence of steps or combination of actions that each side could take to begin to build momentum, I think would play a very important role."

"But I do want to caveat that where I am worried a little bit ... that my view is that the North Koreans will not be enticed or induced to coming to the table, simply by throwing concessions," added Biegun.

He underlined the importance of finding the right mix of incentives for a country such as North Korea, noting he and former Secretary of State Mike Pompeo, during their trip to Pyongyang prior to the 2019 Hanoi summit, had asked the North Korean leader if he would consider North Korea's membership in the World Bank as part of an economic incentive for denuclearization.

"I will never forget the answer. After all the hours of study and planning that we had put in place in order to queue up this initiative, Chairman Kim looked at Secretary Pompeo and said, 'What's the World Bank?' And that sent us the message that we had a lot a lot of work to do here," said Biegun.

"I'm afraid this concept of a brighter economic future was a bait that was much more attractive to us at the end of the day than it was to a dynastic totalitarian dictatorship."

When asked if North Korea would actually give up its nuclear capability, the former U.S. diplomat said the goal of U.S. diplomacy toward the North was to change what was once inconceivable into what is conceivable over time.

"If we could eliminate the hostility that exists on the Korean peninsula, if we began to incentivize an economic relationship with North Korea, if we could begin to broaden the aperture of North Korea's engagement with the rest of the world, our hope was that we could also begin to make progress on things that today seemed inconceivable such as complete denuclearization," he said.