SEOUL, Oct. 16 (Yonhap) -- Cold wave alerts were issued for most of the country Saturday as an Arctic air mass brought an unseasonably chilly weather, the state weather agency said.

The Korea Meteorological Administration (KMA) said that cold wave warnings will take effect for about a dozen central cities and counties at 9 p.m. while Seoul and most other parts of the country will be under cold wave advisories.

It will be the first time in 17 years that a cold wave alert has been issued for Seoul in October.

The cold wave advisory and warning are issued when the morning low is expected to be below minus 12 C and minus 15 C, respectively, for more than two consecutive days, or when major damage is expected due to a sharp drop in temperature.

The morning low ranged from 11 C to 12 C across the country and the mercury is expected to be from 11 C and 20 C in the afternoon, according to the KMA.

On Sunday, the temperature is forecast to be from minus 3 C to 7 C in the morning and from 10 C to 16 C in the afternoon.

In Seoul, the morning low is forecast to drop to zero on Sunday, the lowest for mid-October since Oct. 19, 1957.

The unseasonable cold snap came as the Arctic chill from the North Pole descends to South Korea and the subtropical high pressure goes away, the weather agency has said.

The chilly weather is expected to continue for about a week, the agency added. 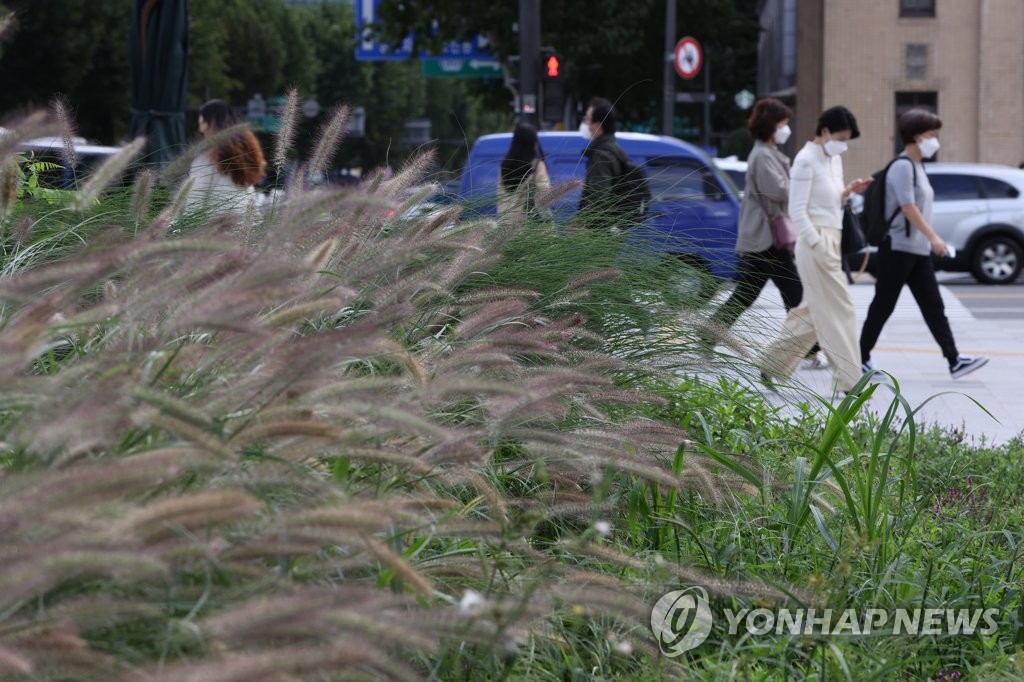 Cold wave alerts issued for most of S. Korea

Cold wave alerts issued for most of S. Korea