SEOUL, Oct. 16 (Yonhap) -- South Korea's chief nuclear envoy will leave for Washington on Saturday for talks with his U.S. and Japanese counterparts, Seoul officials said, after his trip to Moscow aimed at securing Russia's cooperation in bringing North Korea back to dialogue.

Noh Kyu-duk wrapped up a four-day trip to Moscow and was set to depart for Washington, as Seoul ramps up diplomacy to resume its stalled initiative for lasting peace on the Korean Peninsula.

Noh and the U.S. special representative for North Korea, Sung Kim, are expected to meet bilaterally on Monday and join a trilateral meeting with their Japanese counterpart, Takehiro Funakoshi, the following day. Noh will likely hold two-way talks with Funakoshi on Tuesday.

The upcoming talks will likely touch on President Moon Jae-in's recent proposal to declare a formal end to the 1950-53 Korean War, which Noh has said is the most effective among confidence-building measures with the North.

They could also discuss inducements for dialogue with the North, such as humanitarian support, and the recent reactivation of inter-Korean communication lines, which has raised cautious hope for a thaw in cross-border relations. 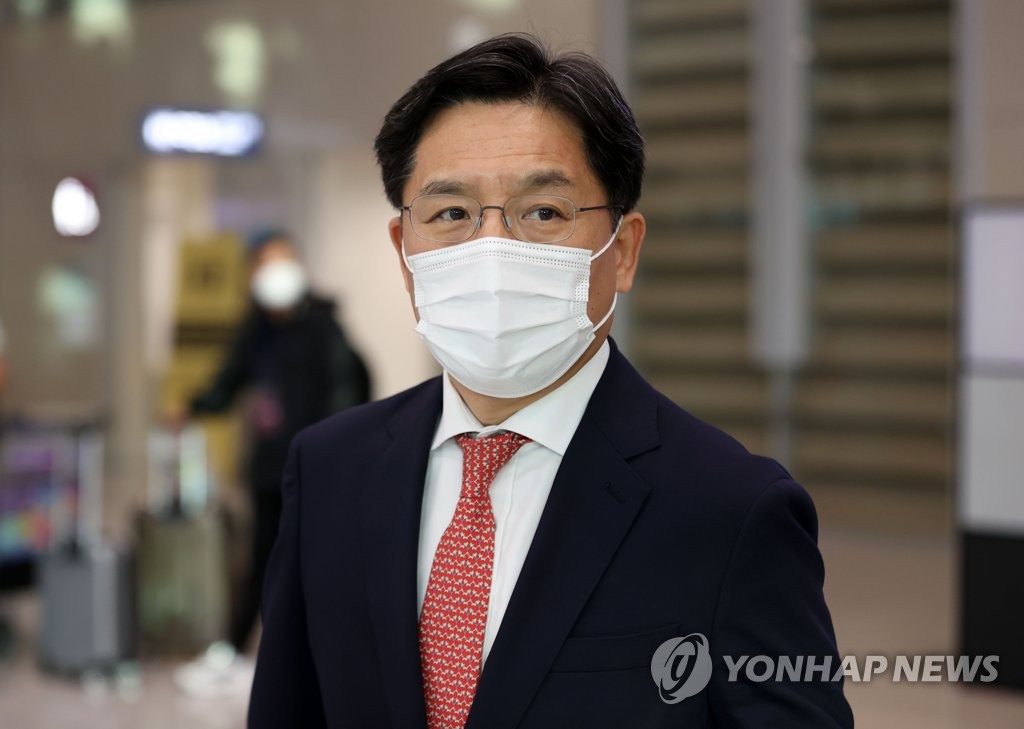