Attorney Nam Wook, who left for the U.S. in mid-September before the investigation into the case began, will arrive in Seoul as early as Monday, they said.

Nam played a key role in the residential development project in Seongnam, south of Seoul. The project was initiated in 2015 under then Mayor Lee Jae-myung, who is now the ruling Democratic Party's candidate for next year's presidential election.

The prosecution and police are looking into whether private investors in the project bribed officials, legislators and other influential figures to secure the lucrative contract, which earned them unreasonably huge profits. 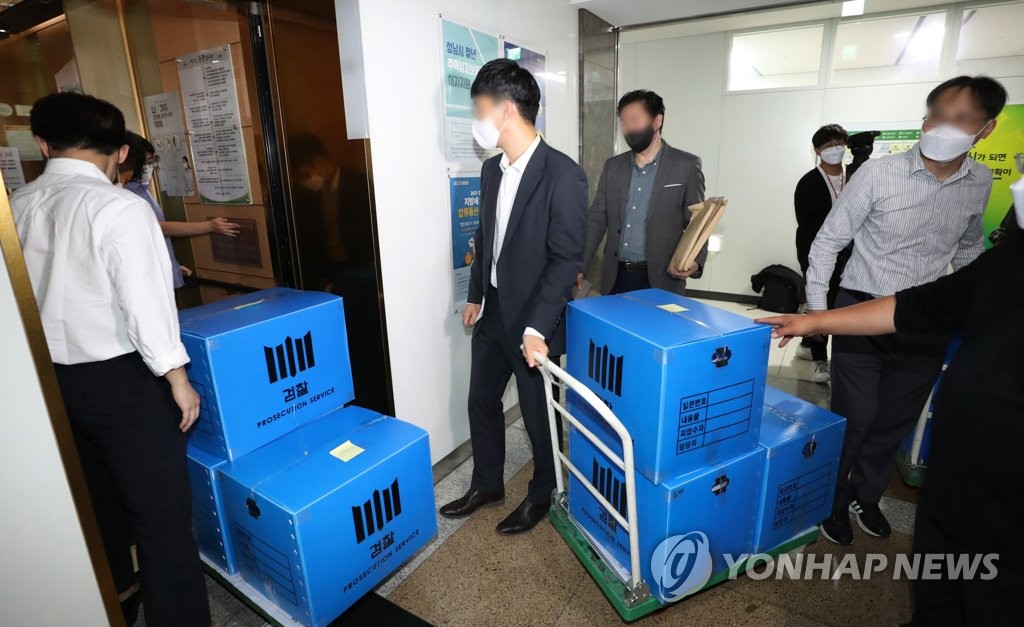 The foreign ministry invalidated Nam's passport this week at the request of the Seoul Central District Prosecutors Office.

The prosecution plans to summon him as a suspect soon for questioning over whether he and colleagues were involved in illegal lobbying.

In a recent media interview, Nam denied his involvement in irregularities, laying blame on two other figures, Kim Man-bae and Yoo Dong-gyu, currently under probe by the prosecution.

Kim, a former journalist and the largest shareholder of Hwacheon Daeyu Asset Management involved in the public-private project, is being probed on charges of bribery, breach of trust and embezzlement. A court denied the prosecution's request for an arrest warrant for him Thursday.

Yoo Dong-gyu, former acting chief of the city government-owned Seongnam Development Corp., which holds a majority stake in the business, was arrested on Oct. 3 on charges of taking bribes in exchange for business favors.

He is suspected of involvement in designing the profit distribution arrangements in a way favorable to Kim and his partners.

He is said to be a close associate of Lee Jae-myung, who is now governor of Gyeonggi Province, which includes Seongnam.

Kim and Yoo denied the charges against them.
(END)