SEOUL, Oct. 17 (Yonhap) -- The chief of the U.N. nuclear watchdog has vowed to continue close consultations with South Korea and other nations over Japan's plan to discharge radioactive water from its crippled Fukushima nuclear power plant into the ocean, Seoul's foreign ministry said Sunday.

Rafael Grossi, Director General of the International Atomic Energy Agency (IAEA), made the pledge during his meeting with Ham Sang-wook, Seoul's deputy foreign minister for multilateral affairs, in Vienna on Friday, according to the ministry.

Earlier this month, Japan finalized its plans to start discharging the radioactive water into the sea in 2023 in what is expected to be a decadeslong process, as all storage tanks at the Fukushima plant are expected to be full as early as the fall of 2022.

"Ham delivered Seoul's concerns over Japan's decision, and asked for the agency's constructive role to resolve the issue," the ministry said in a release.

"Grossi vowed to play his agency's active role in monitoring the contaminated water processing procedures, and to continue to maintain close communications with South Korea and other nations concerned," it added.

In July, the IAEA formed a team of international experts, including a South Korean researcher, to monitor the planned discharge.

During the meeting, Ham also asked for the IAEA's continued support and cooperation for South Korea's ongoing efforts for the complete denuclearization of the Korean Peninsula and the establishment of a lasting peace.

In response, Grossi vowed his agency's continued backing for peace efforts and necessary roles to resolve the North's nuclear programs, according to the ministry.

The director general also voiced support for Seoul's chair of the IAEA's Board of Governors.

In September, Shin Chae-hyun, South Korea's top envoy to Austria and permanent representative of international organizations in Vienna, began to serve as the chair for a one-year term, the country's first since joining the agency in 1957.

The board is in charge of making policy, financial and other recommendations to the IAEA's General Conference, its decision-making body. It also approves nuclear safeguard agreements and the publication of the IAEA safety standards. 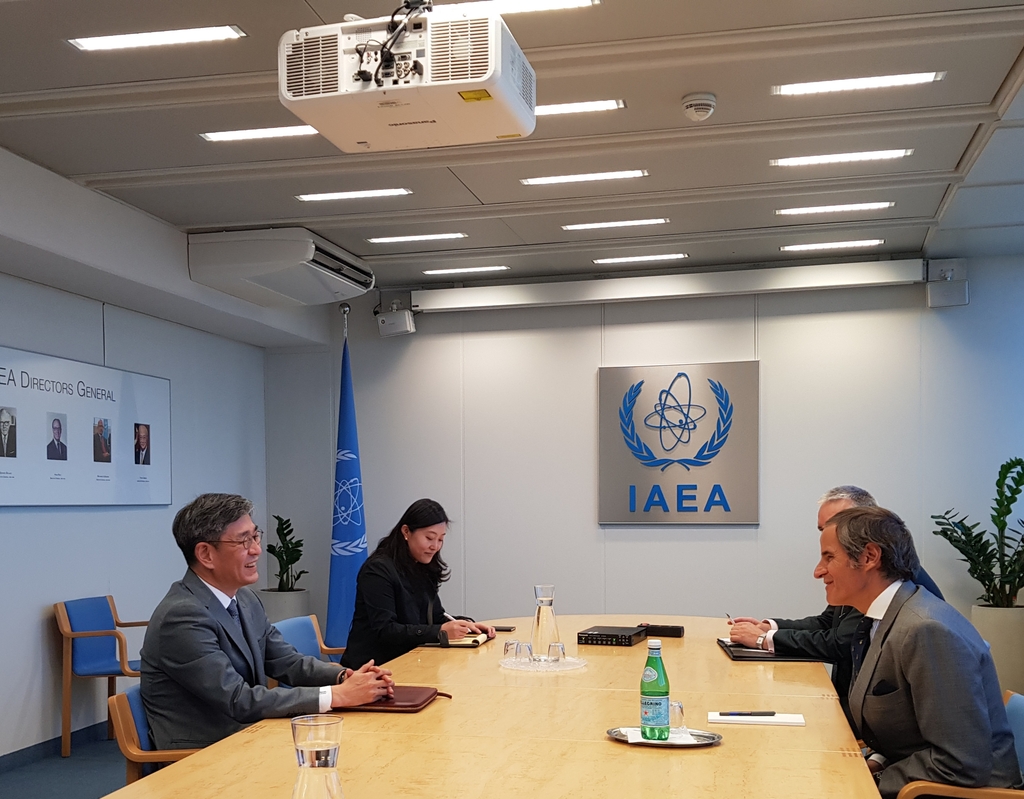