SEOUL, Oct. 19 (Yonhap) -- South Korea is set to gradually phase out coronavirus restrictions starting next month as the vaccination rate rises, joining a list of countries embracing a new scheme of returning to normal life with the coronavirus.

From the early stages of the pandemic, South Korea has been touted as a model for its swift and well-organized response by adopting aggressive quarantine measures and putting in place a mask mandate. 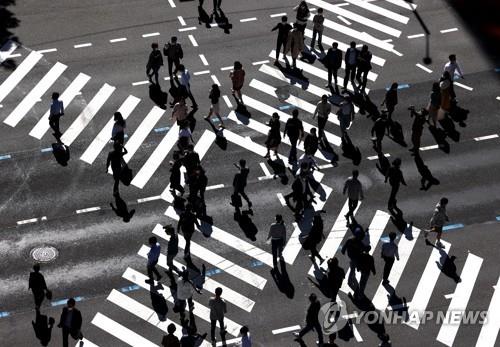 As a result, South Korea has reported an accumulated 6,466 COVID-19 patients per 1 million people with a Case Fatality Rate (CFR) of 0.78 percent, much lower compared with other developed countries, such as the United States with 132,302 infected patients and a CFR double that of South Korea's at 1.6 percent.

The envisioned scheme is expected to relieve some of the pandemic fatigue that has not only made some people insensitive about masks and social distancing but has also financially affected small business owners and merchants.

The planned scheme comes as the nationwide vaccination campaign, initially bogged down by a supply shortage, has picked up pace.

As of Monday, 64.6 percent of South Korea's 52 million people were fully vaccinated and 78.7 percent had received their first shot.

Government officials earlier said the country may be ready by early November to shift its strategy from suppressing the virus to managing it while cautiously returning to normalcy.

The envisioned scheme came as South Korea embraces a harsh reality where it will prove difficult but not impossible to bring infections down to zero.

The government is also expected to introduce a "vaccine pass," which will give fully vaccinated individuals access to multiuse facilities. The government said the first case of such vaccine pass is sports events that have been played with few spectators in attendance. 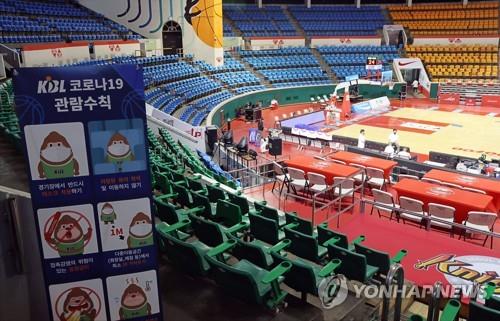 Starting Monday, professional sports teams in Seoul and surrounding cities are permitted to accept fans at a maximum of 30 percent of stadium capacity, provided that they are fully vaccinated. For indoor venues, such as basketball and volleyball arenas, the size of the crowd is capped at 20 percent.

The government has vowed to continue with COVID-19 testing and contact tracing, particularly at airports and seaports to identify any person carrying the more contagious Delta variant.

Experts say COVID-19 testing of domestic cases will be less of a tool for quarantining people exposed to infected people and more as a measure to ensure that events, social activities and gatherings, can be held more safely.

The government is also poised to focus on the number of hospitalizations and deaths rather than new daily infections, and is even considering not publishing the number on a daily basis, according to sources.

The daily tally has been widely seen as a key yardstick for determining success or failure of the government's efforts to contain the spread of the virus.

The government is most likely to follow the example of Singapore, which focuses on gradually returning to normal life depending on the vaccination rate. England, on the other land, adopted the scheme three months ago in a more radical manner.

South Korean health authorities have hinted at expanding home treatment for COVID-19 patients as the rates of severe and fatal cases have dramatically dropped since the vaccination campaign kicked off in February.

Home treatments are expected be expanded to asymptomatic and mild COVID-19 patients aged below 70, who mostly do not require hospitalization. Only those who are in critical conditions are expected to be transferred to hospitals.

The move is expected to alleviate the heavy workload of medical staff from the prolonged COVID-19 pandemic.

Unlike Italy and England, however, South Korea is expected to maintain mandatory masks both inside and outdoor even after creating the so-called herd immunity.

The faster the virus spreads, the greater immunity it will take to slow the infection rate, with the authorities cautiously expecting herd immunity to be created by vaccinating more than 85 percent of the population by nearly next year.

"Wearing masks should be maintained until the end as it has an advantage of preventing infections but also does not harm small businesses or their facilities," Sohn Young-rae, a senior health official, said. 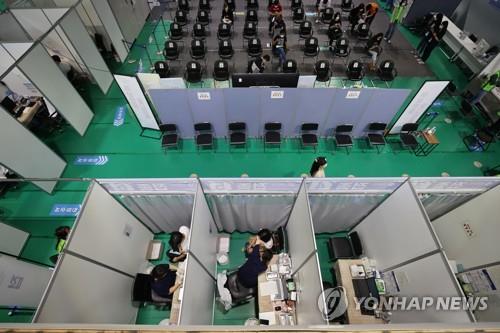 However, some experts warn that the country should prepare for the possibility of a rapid spike in the number of new daily cases. The authorities earlier estimated the daily tally of new infections could reach around 5,000 next month if the fourth wave of the COVID-19 pandemic continues.

Experts also highlight the importance of coming up with a sustainable medical system in light of the new scheme as some experts question whether home treatment can be possible in such a scenario.

As of last Friday, only half of a total of 19,586 beds were available for COVID-19 patients across the country and 1,047 beds for critically ill patients were available.

"We are preparing for another measure on hospital beds for critically ill COVID-19 patients and home treatment in case the daily new cases hover over 10,000," Health Minister Kwon Deok-cheol has said.

Experts also highlight the importance of preparing contingency plans in the event of a new strain of the variant that is highly resistant to current vaccines.

"An additional preventive measure will be needed when a new kind of variant that is much more contagious, highly resistant to vaccines and has higher fatality rate appears," said professor Yoon Tae-ho at Pusan National University School of Medicine.

Many experts also say a return to pre-pandemic life is still a long way off, even with the adoption of the upcoming strategy.

"We will not be able to return our lives to pre-COVID-19 life at least for another two to three years," said Eom Joong-sik, who teaches about infectious diseases at Gachon University.