SEOUL, Oct. 18 (Yonhap) -- South Korean Finance Minister Hong Nam-ki said Monday the country plans to closely cooperate with local chipmakers to respond to the U.S.' latest request for them to share information on their supply chains.

The U.S. Department of Commerce has recently asked global chipmakers, including Samsung Electronics Co., to share information on inventories, demand and other details by Nov. 8 to "help improve trust and transparency within the supply chain." The request spawned concerns about the leak of chipmakers' major trade secrets.

Hong said at a ministerial meeting on the economy and security that the government will strengthen its cooperation with local chipmakers to tackle the matter.

"There is a need to deal with the issue by taking into account companies' sensitive information, the government's support measures to ease corporate burdens, and cooperation between Korea and the U.S.," Hong said.

Samsung Electronics and SK hynix Inc. have said they have nothing to say about the U.S.' request, adding that they need to review the issue. 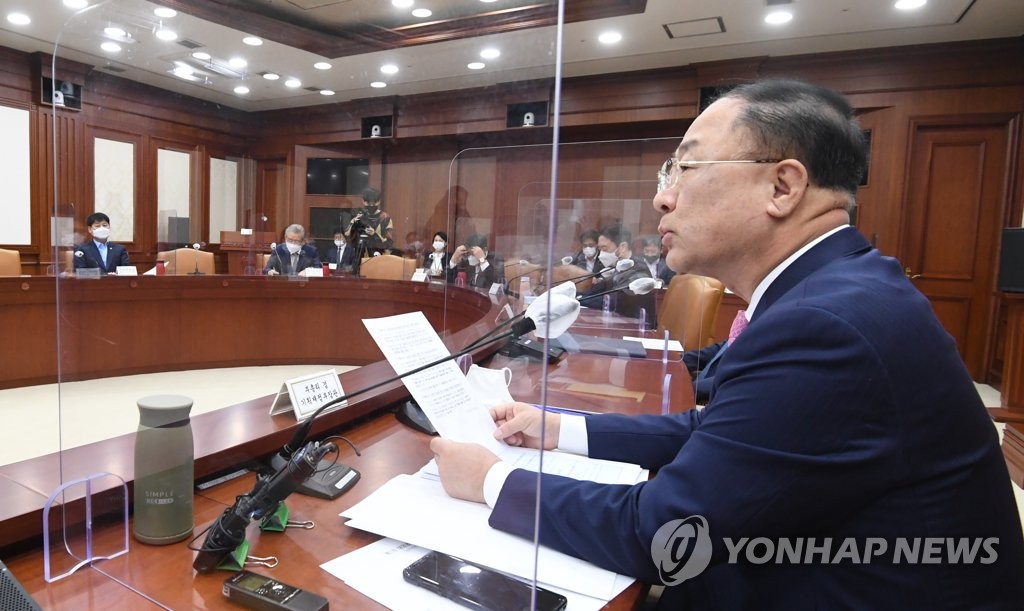