SEOUL, Oct. 18 (Yonhap) -- Gyeonggi Gov. Lee Jae-myung, the presidential nominee of the ruling Democratic Party, was set to appear at a parliamentary audit of his government on Monday amid opposition vows to use the session to grill him over a corruption-laden development project.

Lee is scheduled to appear for a regular audit of the Gyeonggi provincial government conducted by the National Assembly's Public Administration and Security Committee at 10 a.m. amid intense media coverage of the scandal and its potential impact on the nominee. 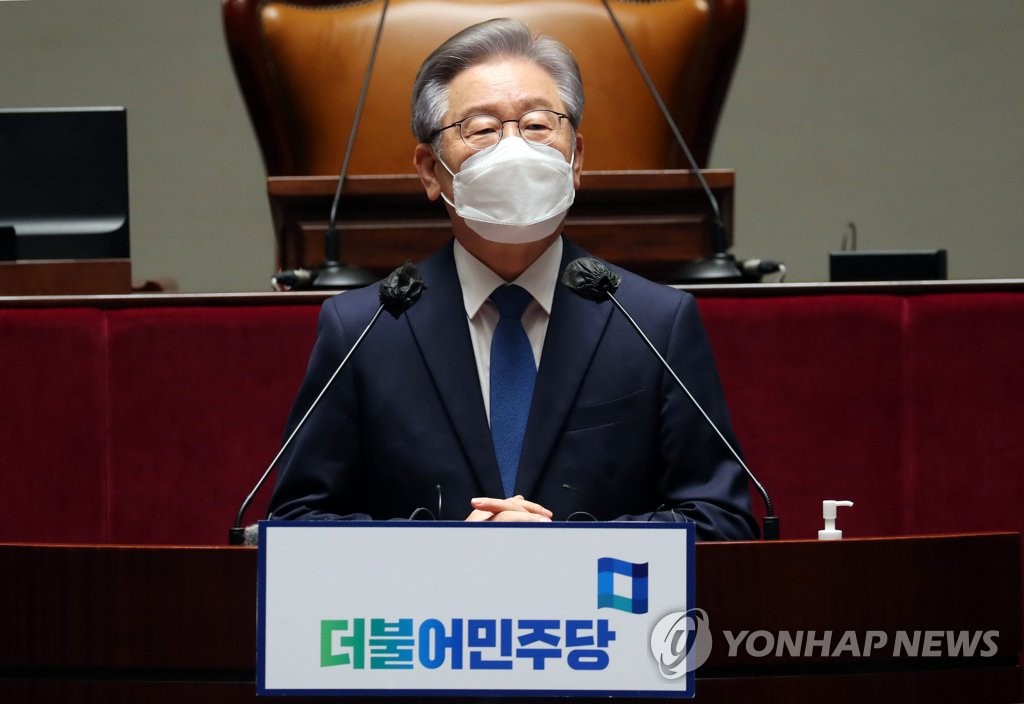 Lawmakers of the main opposition People Power Party have vowed to use the audit to prove their suspicions that Lee, as mayor of Seongnam at the time, masterminded a corrupt scheme to award a little known asset management firm 1,000 times the amount it invested in a project that developed the Daejang-dong district in Seongnam into residential complexes.

Lee, who has denied any connection to the scandal, is expected to use the audit to try to clear his name and remove a major obstacle in his campaign for the nation's top elected office, with less than five months to go until the presidential election on March 9.

Key among the questions surrounding the scandal is Lee's relationship to Yoo Dong-gyu, former acting president of Seongnam Development Corp. that was in charge of the city-run project in 2015.

Yoo is considered a close aide to the governor and was arrested early this month on charges of breach of trust and bribe-taking in connection to the project.

Lee sought to assure his supporters that he will emerge unscathed.

"There are people who are worried that I will be humiliated by opposition lawmakers. But you do not have to worry too much," he wrote on Facebook on Sunday. "Through the audit, I will show humility and confidence as the person in charge of the Gyeonggi provincial administration. Even if there are political attacks, I will not be swayed and will respond in a dignified manner."