SEOUL, Oct. 18 (Yonhap) -- Gyeonggi Gov. Lee Jae-myung said Monday he feels "betrayed" by a former aide and others implicated in a massive development corruption scandal and apologized for their wrongdoing, drawing the line against his own involvement in the case threatening to mar his presidential campaign.

Lee spoke at a parliamentary audit of his government, referring to people including Yoo Dong-gyu, who served as acting president of Seongnam Development Corp. in charge of the development project in Seongnam, south of Seoul, when Lee was the city's mayor. 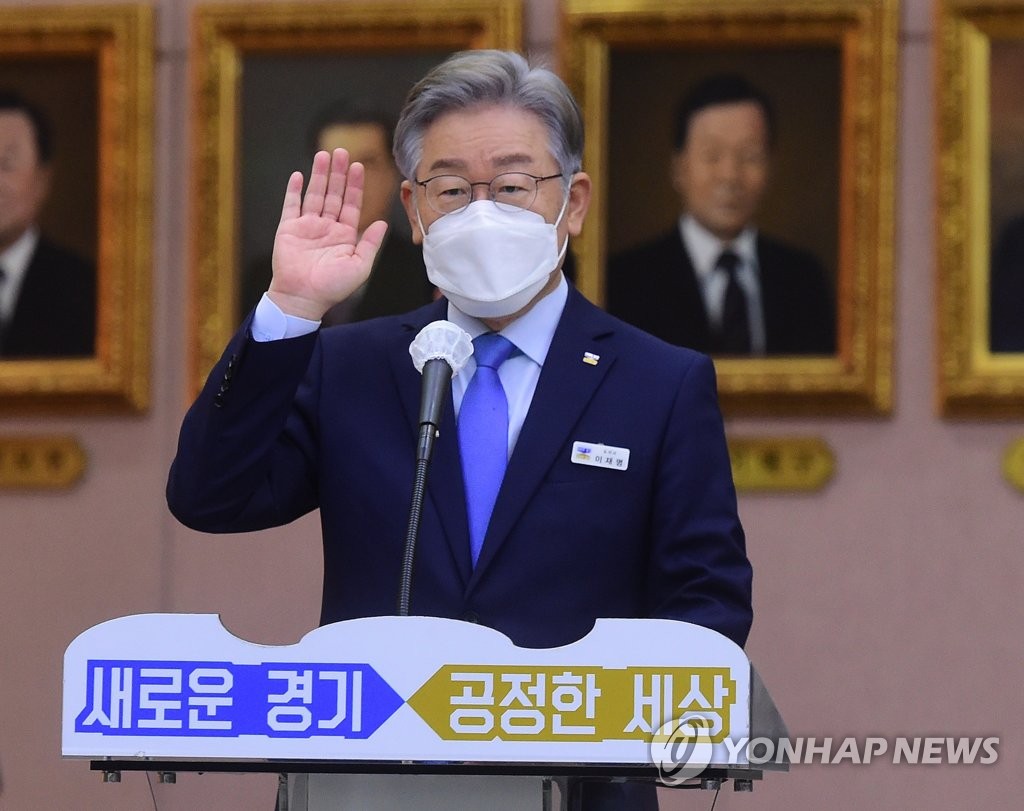 "I sincerely apologize for appointing the wrong people and for the fact that some people under my command were contaminated and involved in corruption," Lee said during the audit by the National Assembly's Public Administration and Security Committee at the Gyeonggi provincial government office in Suwon, just south of Seoul.

He expressed regret for failing to return 100 percent of the profit from the project to the Seongnam municipal government but blamed the main opposition People Power Party (PPP).

"It was the People Power Party's lawmakers ... who shared the monetary gain in whatever form with the private company that took the development profits," Lee said.

The scandal has received intense media coverage amid questions about its potential impact on Lee, the presidential nominee of the ruling Democratic Party.

Lee told reporters before the audit that he felt "betrayed" by Yoo, his former aide.

"I still can't believe it myself, but if the court arrested him ... there must be something wrong," he said.

Later during the audit, he claimed he did not consider Yoo to be "a close aide."

PPP lawmakers have vowed to use the audit to prove their suspicions that Lee, as mayor of Seongnam at the time, masterminded a corrupt scheme to award a little known asset management firm 1,000 times the amount it invested in the project that developed Seongnam's Daejang-dong district into residential complexes.

Lee was expected to use the audit to try to clear his name and remove a major obstacle in his campaign for the nation's top elected office, with less than five months to go until the presidential election on March 9.

A key question surrounding the scandal is the identity of an unnamed person cited in a phone conversation between two other suspects in the case. In the audio recording, Kim Man-bae, the owner of the asset management firm, Hwacheon Daeyu, is heard denying that he is the owner of one of Hwacheon Daeyu's seven affiliates and claiming that half of it belongs to the unnamed person.

"That person has to be found, and that person is someone with a stake who shared the money," the governor said during the audit, ruling himself out.

"There is so much corruption related to development projects, and the forces behind them are often in politics and officialdom," he added, naming several PPP-affiliated people suspected of receiving kickbacks over the course of the Daejang-dong project, including Rep. Kwak Sang-do.

Kwak's 32-year-old son was found to have received 5 billion won ($4.24 million) in severance pay from Hwacheon Daeyu after about seven years of work, but critics argue that the money must have been a bribe to his father.

Rep. Kim Yong-pan of the PPP demanded Lee address allegations that he defended gangsters when he worked as a lawyer before launching his political career.

Presenting what he said was a former gangster's testimony, the lawmaker also alleged that Lee received nearly 2 billion won (US$1.68 million) in exchange for helping them gain various business favors.

Lee chuckled as he listened to Kim's accusations.

"If I did that, I would have been punished a long time ago and wouldn't be sitting here," he responded. 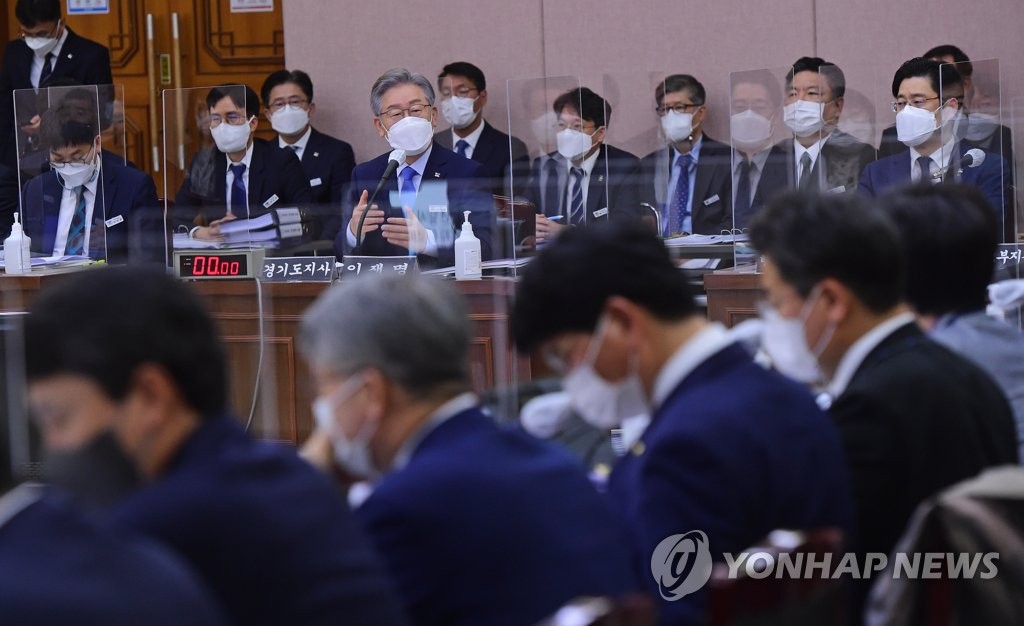