The ministry made the assessment in a report to lawmakers for an annual parliamentary audit, calling for an "active response" to resume dialogue in the face of growing volatility in the region.

North Korea conducted four new missile tests in September alone, including what it called a "hypersonic" missile and a long-range cruise missile.

"North Korea's following moves on the U.S. require attention as leader Kim Jong-un's messages on the U.S. have recently increased as well as become more detailed," the ministry said in the report.

The assessment came a week after Kim said there are no grounds to believe why Washington is not hostile toward Pyongyang, though adding that neither South Korea nor the U.S. is its "arch-enemy."

The ministry report also came amid a series of diplomatic activities surrounding the Korean Peninsula with top nuclear envoys of South Korea, the U.S. and Japan set to meet in Washington this week.

In Seoul, the intelligence chiefs of the three countries were to gather for closed-door talks during which they are expected to discuss North Korea, among other issues. 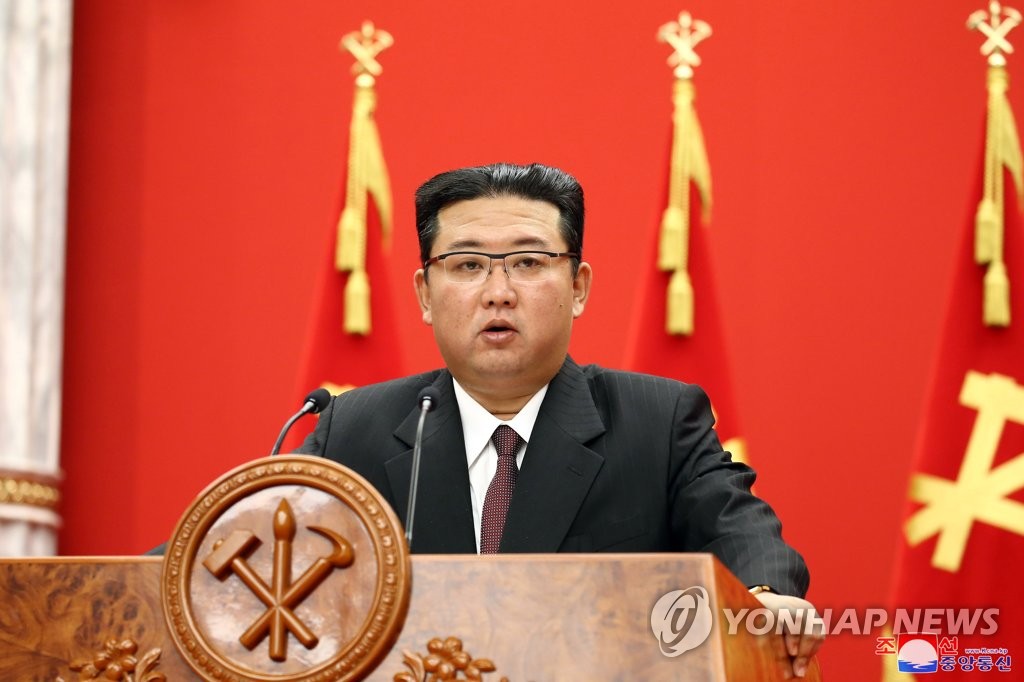 Referring to the restoration of the inter-Korean liaison and military hotlines earlier this month, the ministry said the North appears to be seeking ways to resume external activities.

The denuclearization negotiations between the U.S. and North Korea have stalled since the collapse of the Hanoi summit between Kim and then U.S. President Donald Trump in February 2019.

The ministry said it will continue efforts to find opportunities, such as the upcoming Beijing Winter Olympics, to restart the inter-Korean and U.S.-North Korea talks.

"Despite many differences in opinion between the two Koreas ... our stance is to work out the differences through dialogue," the ministry said.

When the talks resume, Seoul will also push to discuss the North's blowing up of an inter-Korean liaison office in its border city of Kaesong and the killing of a South Korean fisheries official who went adrift in waters north of the inter-Korean border, it said.

Regarding North Korea's long-enforced tight border controls due to the pandemic, the ministry said the North is preparing to reopen its train routes with China.

Earlier this month, the World Health Organization (WHO) said that it has begun the shipment of COVID-19 medical supplies to North Korea through the Chinese port of Dalian.

"(North Korea) needs cooperation with the international community to fight COVID-19 and stabilize its people's living conditions, though its food situation is expected to be better than last year considering this year's improved weather," the ministry said.