SEOUL, Oct. 18 (Yonhap) -- Nearly 90 small cities and counties that are in danger of extinction due to population decrease have been designated as "depopulation areas" for intensive support from the central government, the interior ministry said Monday.

The Ministry of the Interior and Safety said that it has designated 89 cities, counties and wards across the country as depopulation areas and a relevant public notice is to take effect Tuesday. 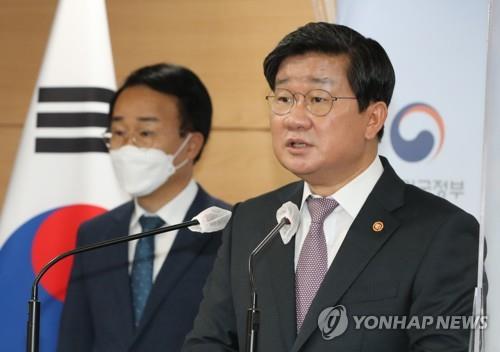 The government plans to provide intensive administrative and financial support to help the concerned areas escape from their crisis of extinction, the ministry said.

It is the first time for the nation to declare specific regions in danger of becoming extinct due to population decline. South Korea has been struggling with a steady decline in childbirths and the overcrowded capital region, which have left many non-capital regions struggling to overcome depopulation.

The designation of depopulation areas came after the Special Act on Balanced National Development was revised late last year and its enforcement decree was amended in June. 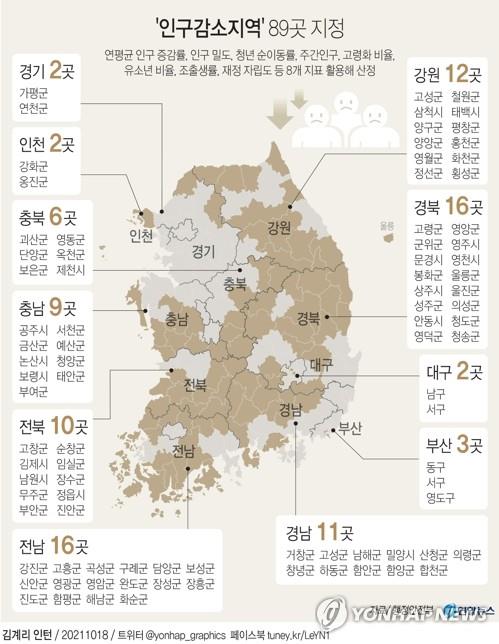 In the capital region, four counties -- Gapyeong, Yeoncheon, Ganghwa and Ongjin -- were included. Three wards in Busan and two wards in Daegu were also listed.

"The designation of depopulation areas is a new starting point for the government's efforts to solve the problem of population decline," Minister of the Interior and Safety Jeon Hae-cheol said.

The ministry said it will help the depopulation areas establish and implement customized policies to escape their population crisis.

In addition, the government's Local Extinction Response Fund set at 1 trillion won (US$845) annually for a period of 10 years will be intensively extended to the depopulation areas to help them create more jobs, induce young people and increase their living population, the ministry said.