SEOUL, Oct. 18 (Yonhap) -- Police on Monday warned it will take stern action against any illegal rallies as an umbrella labor union is gearing up for large-scale protests in central Seoul as part of a general strike despite the COVID-19 pandemic.

The Korean Confederation of Trade Unions (KCTU), the more militant of the country's two umbrella labor organizations, has pledged to go ahead with a nationwide walkout and large-scale protest rallies on Wednesday in a bid to bring labor issues to the fore in the runup to the 2022 presidential election.

KCTU is seeking to bring together as many as 550,000 striking workers to the events although observers said the actual size will be far smaller.

Police and the city government of Seoul have repeatedly warned such big gatherings are in violation of the infectious disease prevention act and they will respond sternly if such gatherings are held.

Under the current Level 4 social distancing imposed in Seoul and the greater capital area, all social rallies, except for essential corporate or official purposes, are prohibited due to infection concerns.

"In accordance with the law and principles, we will strictly respond to any illegal acts that instantly jeopardize the contagious disease prevention regime, which the community has managed to safeguard with great efforts," Kim Chang-yong, commissioner general of the National Police Agency, said, renewing police warnings against illegal rallies.

"It is feared that large-scale rallies can lead to a resurgence of COVID-19 at this critical moment where the country, through patience and efforts by the public, is stepping toward a phased recovery of normal everyday life," the police chief noted.

The National Police Agency plans to utilize all available resources, including personnel and equipment, to block and disperse the planned protest rallies, and hunt down and punish the organizers of the rallies.

In early July, the umbrella labor union launched similar protest rallies in central Seoul, which brought together some 8,000 workers. Yang Kyung-soo, the leader of the organization, is currently standing trial on charges of violating the assembly and infectious disease prevention laws.

South Korea is preparing to begin phasing out strong anti-virus restrictions next month in a new COVID-19 response strategy dubbed "Living with COVID-19" to bring the country gradually back to the pre-pandemic normalcy. 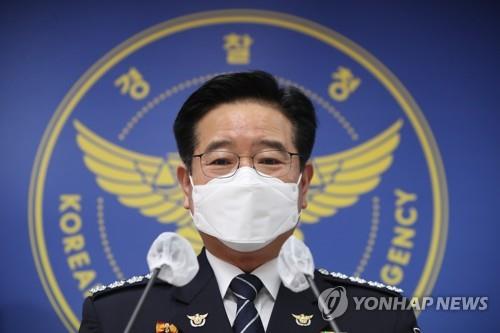