Moon's remarks came as a study showed COVID-19 protection from J&J's Janssen is weakening after a certain period of vaccination, according to presidential spokesperson Park Kyung-mee.

Moon also instructed officials to come up with plans for patient transportation as the nation is preparing for gradually returning to normal life, Park said.

So far, about 78 percent of the nation's population have received their first shots of COVID-19 vaccines and the number of fully vaccinated people stood at 33.18 million, or 64.6 percent.

The fully vaccinated rate is expected to reach over 70 percent of the population at the end of this month, which has been considered a precondition for the gradual plan to put daily life back on track. 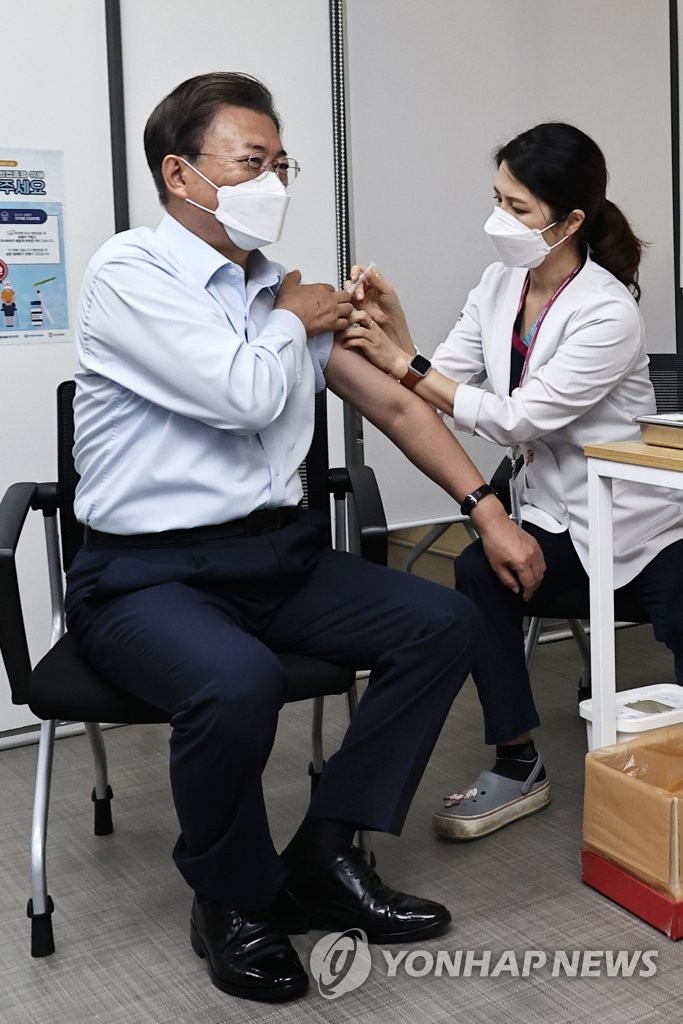