Kishida on Sunday visited the tsunami-stricken Fukushima nuclear plant and said the planned disposal of wastewater stored in the facility cannot be delayed, sticking to his predecessor's plan to discharge the water into the sea beginning in 2023.

"Japan's decision (to discharge the wastewater) was made without enough consultations with the neighboring nations," a senior foreign ministry official said. "We have expressed serious concerns and opposition to its plan, which could affect our people's health and security as well as the ocean environment."

The ministry said it will continue to deliver its concerns to Tokyo and work with the international community, including the International Atomic Energy Agency (IAEA), to closely monitor the whole process of the Fukushima wastewater disposal.

The IAEA has vowed to closely consult with South Korea and other nations over Fukushima's water release to ensure its safety and assess its environmental impact on the ocean, the ministry said. 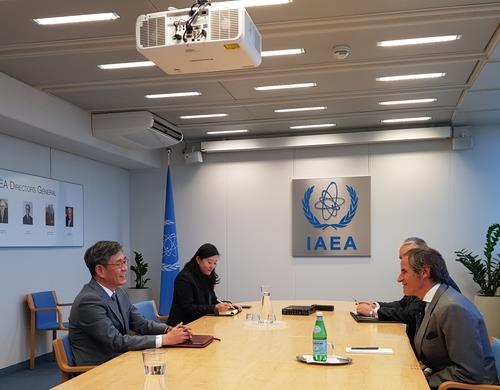