SEOUL, Oct. 18 (Yonhap) -- South Korea will reduce its greenhouse gas emissions by 40 percent from the 2018 levels by 2030, sharply raising its previous goal as part of efforts to curb the pace of climate change, President Moon Jae-in said Monday.

Moon also confirmed that South Korea will achieve carbon neutrality by 2050, as the nation started tackling the challenge of responding to climate change and attaining sustainable growth simultaneously.

The goal of cutting greenhouse gas emissions was sharply raised from 26.3 percent, which was set in 2020.

"The goal of cutting greenhouse gas emissions to 40 percent shows the nation's strong willingness for carbon neutrality and responsibility toward the international community," Moon said at a meeting on carbon neutrality.

Achieving the latest goal is not easy because manufacturing accounts for a high percentage of the nation's industrial structure, which is heavily dependent on fossil fuels, Moon said.

To successfully achieve the targets, the nation must bring together everyone's capabilities, companies' changes and the government's determination, Moon said.

Moon also said carbon neutrality will actually become an opportunity for us to emerge as a pacesetting nation. 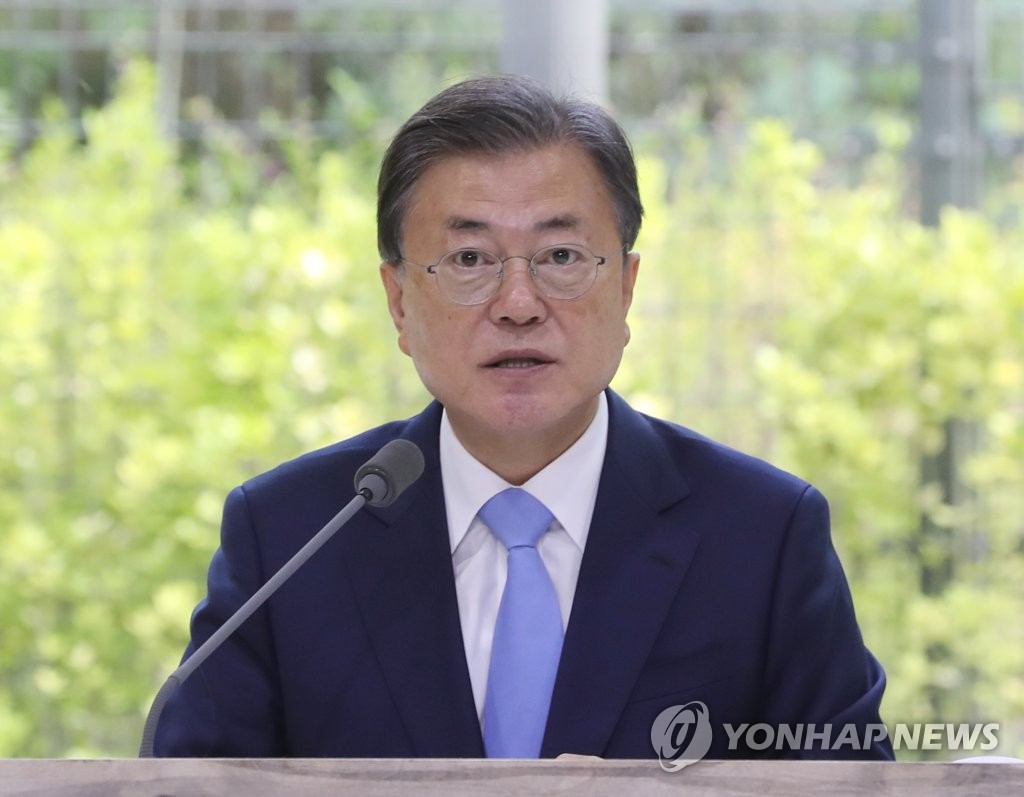 South Korea set aside 12 trillion won (US$10.1 billion) for carbon neutrality in next year's budget.

Moon said the government will expand its fiscal support for carbon neutrality, adding that it will spare no efforts to find new growth engines in the low-carbon industrial sectors.

The government will "speed up efforts to supply more electric and hydrogen-powered cars and increase sources to absorb greenhouse gases," Moon said.

South Korea's greenhouse gas emissions were estimated at 648.6 million tons in 2020, down 7.3 percent from the previous year, according to the environment ministry. It marked the first time that such emissions declined for the second straight year.

South Korea has promised to spend 8 trillion won under the Green New Deal, which aims to help the nation's economy recover from the COVID-19 pandemic by increasing investments in renewables.