Saturday's talks between Foreign Minister Chung Eui-yong and his UAE counterpart Sheikh Abdullah bin Zayed Al Nahyan came after Chung visited the Middle East country earlier this month, as Seoul seeks to boost their bilateral relationship, which was elevated to a special strategic partnership in 2018.

South Korea initially hoped to host the 28th U.N. Climate Change Conference of the Parties (COP28) in 2023 but it decided to bid for the COP33 session in 2028

During the conversation, Chung said Seoul would instead support the UAE for its bid to host the COP 28 meeting, while the UAE agreed to back Seoul's campaign, according to the foreign ministry.

The UAE also welcomed Seoul's offer to open the 2030 World Expo in the southeastern port city of Busan.

On the basis of their special strategic partnership, the two countries agreed to expand and develop their cooperation in various fields, the ministry said in a release. 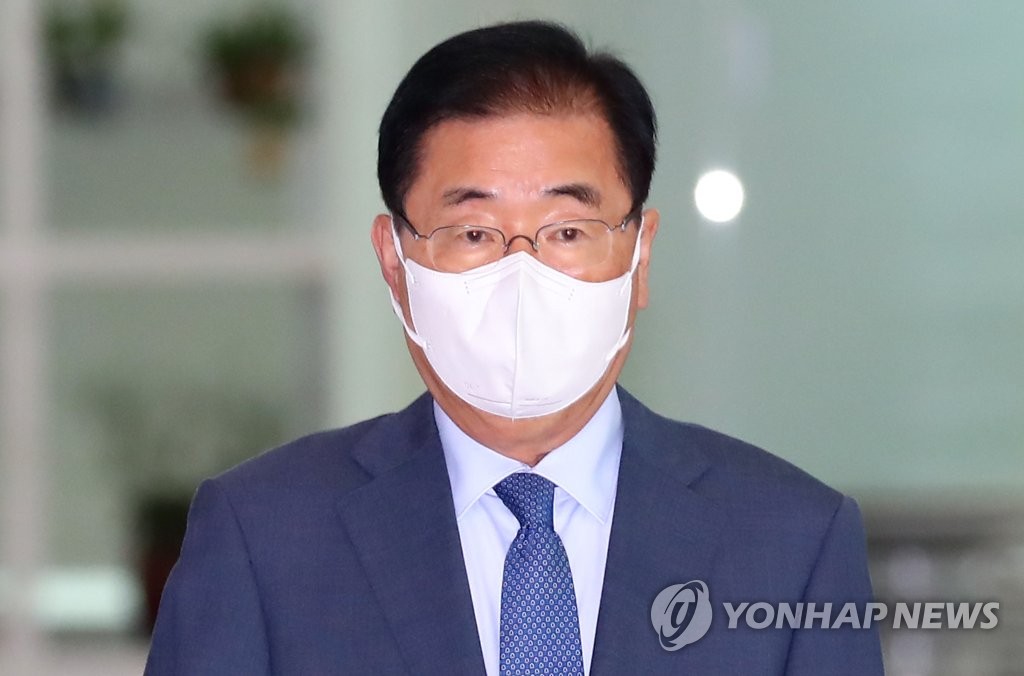