The Seoul International Aerospace & Defense Exhibition (ADEX) will begin its five-day run on Tuesday at Seoul Air Base in Seongnam, just south of Seoul, as the security landscape in Northeast Asia is fraught with uncertainties stemming from a muscle-flexing China and a nuclear-ambitious North Korea, to say nothing of an intensifying Sino-U.S. rivalry.

This year's edition involves 440 companies from 28 countries, including 171 from overseas, the organizers said. It marks the largest number of participating firms in the exhibition first launched in 1996.

Among the items on display will be large hydrogen-fuel drones, virtual reality-based training systems, laser weapons systems, multi-purpose unmanned vehicles, as well as dozens of military aircraft, such as FA-50 fighters and KT-1 basic trainer jets.

The ADEX will also feature ground-based arms as well, including the K-2 battle tanks and K-9 howitzer. 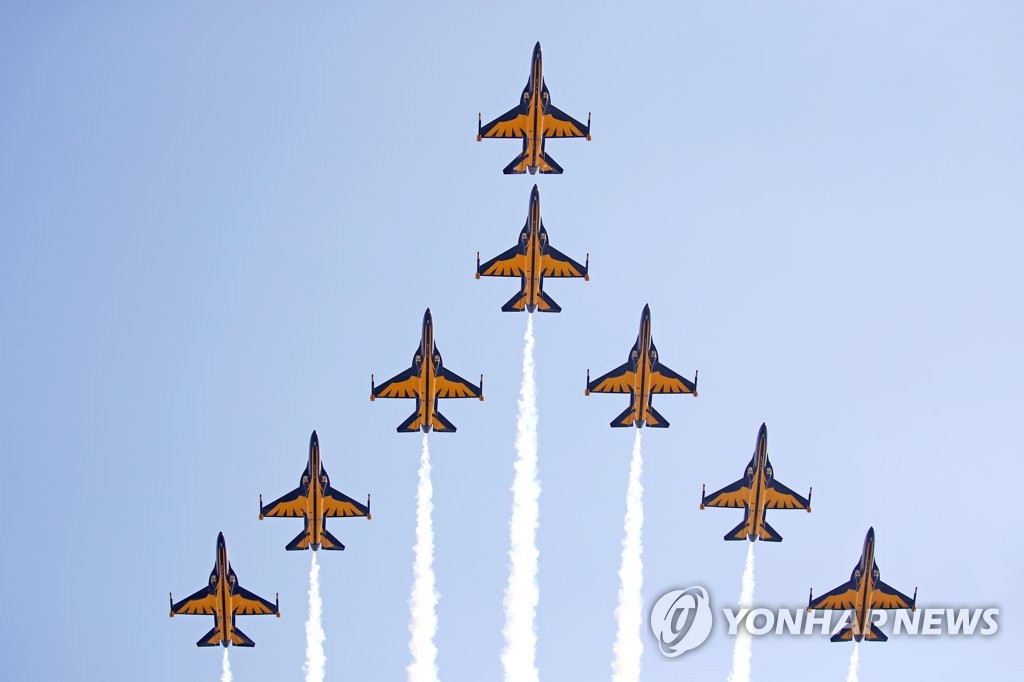 "This exhibition will serve as an opportunity for the Korean industry to take a leap forward in the global market. We are expecting greater exports in new line ups of products," said Lee Jong-ho, an organizer of the event.

Among the key participants is the U.S. defense firm, Lockheed Martin Corp., which will display the radar-evading F-22 and F-35 fighters. Boeing will also take part to showcase AH-64E Apache helicopters and the MV-22 vertical-takeoff-and-landing-capable transport aircraft.

Korea Aerospace Industries will display a life-size model of the country's first indigenous fighter jet, the KF-X, currently under development.

The exhibition will also unveil a set of military hardware running on green resources, such as the hydrogen-powered cargo drone cells, developed by LIG Nex1 Co.

Around 20 international symposiums and conferences will be held on the sidelines of the exhibition as well, organizers said.

During the preview event on Monday, a KC-330 military tanker transport aircraft, a RF-16 reconnaissance plane, along with F-15K and KF-16 jets carried out flyovers over the venue, along with the Air Force's acrobatic flight team, Black Eagles.

The event comes around a week after North Korea hosted a defense development exhibition, dubbed "Self-Defence-2021," to mark the 76th founding anniversary of the ruling Workers' Party