SEOUL, Oct. 18 (Yonhap) -- Former Foreign Minister Kang Kyung-wha on Monday met with the chief of an umbrella labor union and asked for support for her bid to become the next director general of the International Labour Organization (ILO).

"I decided to run for the seat because I thought the experiences, career and the international network I have reasonably match the leadership credentials demanded by ILO," Kang said during her meeting with Kim Dong-myung, chief of the Federation of Korean Trade Unions.

"As I was going for the election campaign, I wanted to have meetings with labor organizations of our nation and ask for their wisdom and advice," she noted.

Kim expressed his organization's support for Kang's election bid and pledged to give all possible help.

Formerly a senior policy adviser to U.N. Secretary General Antonio Guterres and then South Korea's first female foreign minister from 2017-21, Kang is running for the election in March to pick the next chief of the ILO, a U.N. agency mandated to advance international labor standards.

If elected, Kang will be the first Asian and the first woman to become the ILO chief.

To win the election, Kang will need to garner a majority vote from ILO's 56-member governing body. Otherwise, she will have to undergo a runoff vote. 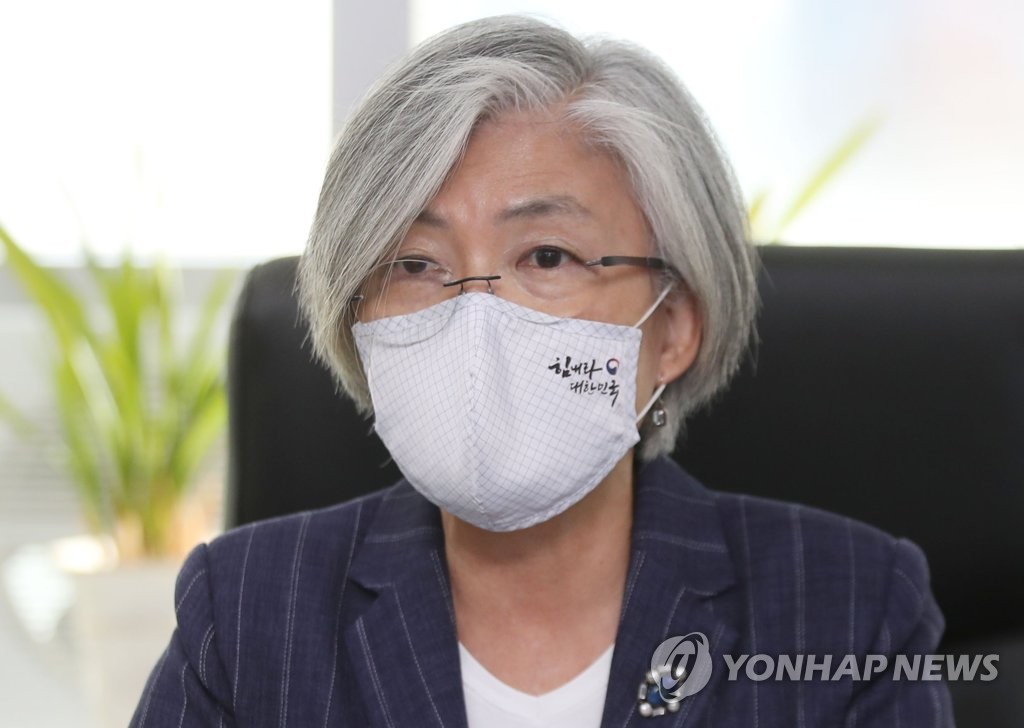